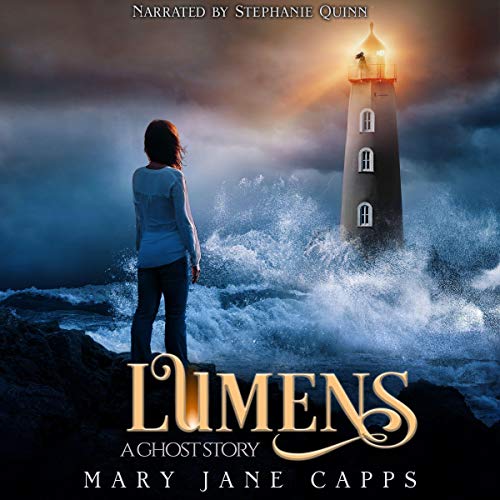 What if the ghost in your head is more frightening than the one right in front of you?

Fifteen-year-old Libby has spent her whole life in the shadow of her superstar sister.

Then her sister dies, and the light goes out.

When Libby's parents drop her off in Sayers Beach, Maine, to stay at her aunt and uncle's inn for the summer, she sees a chance to escape her secrets and reinvent herself.

Libby's finally caught the attention of the cute, popular guy, no one sees her as the lonely bookworm, and nobody knows why she blames herself for her sister's death.

Nobody except the ghost in the lighthouse. And the ghost has a few secrets of her own.

Lumens is an unexpected story of mystery, of love, and of finding your own way through the darkness.

What listeners say about Lumens

I was given a free copy of this book and I'm leaving an honest and voluntary review. I really enjoyed this book, it's got all you'd want from a ghost mystery. The detailing and depth is superb, the story draws you in very quickly and keeps you fully engrossed. it's well worth checking out. The narration is flawless, Stephanie Quinn give a brilliant performance, portraying the emotion and feelings of each character, bringing them into thier own and giving each character their own personality. 5 ⭐⭐⭐⭐⭐.