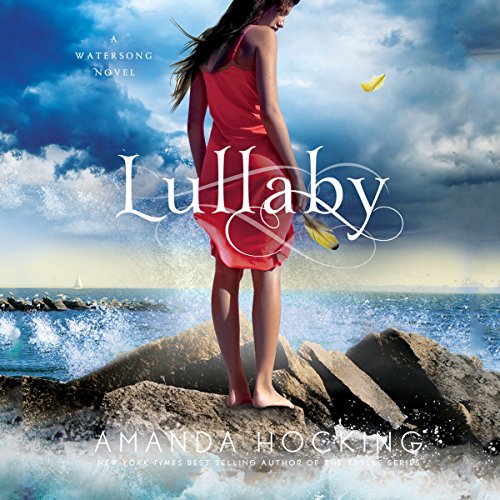 By: Amanda Hocking
Narrated by: Nicola Barber
Try for £0.00

Harper only wanted a safe, normal life. But when her younger sister, Gemma, runs off with a dangerous clique of beautiful girls, Penn, Thea, and Lexi, everything changes. Vowing to get her sister back no matter what the cost, Harper must face dangers unlike any she's ever experienced. Fortunately, she has Daniel by her side, a gorgeous guy who's devoted to helping her find her sister - and who's immune to the girls' dark powers.

While Harper searches for her sister, Gemma struggles to adjust to her new life. Gemma's powers are growing by the day, and the longer she lives with her new "sisters," the harder it is to resist entering their magical world. It's a realm both dark and beautiful, and where she's plagued by strange hungers and unspeakable needs. Just as she's drifting far away from her old life, Harper and Daniel find her...but no one can deny how much she's changed. All she wants is to return to her family and the mortal world, but how can she do that when she's become something else entirely - and will they still love her once they learn the truth?

Prepare to fall under the spell of Lullaby, the second book in the Watersong series from New York Times best-selling author Amanda Hocking.

What listeners say about Lullaby

This book was as good as the first in the series. It was short like the first book as well. I recommend this book for people who like the authors other books and mythical creatures.

this was a read I couldn't put down. it had the right amount of anxious butterflys to nervous gut wrenching feelings.

The narrator is SOOO whiney!!! The story is just fine, though. It's just difficult to listen to.

SOOOO there are some things bothering me

* spoilers *
So first of all, the characters are really starting to mash together. It's like in this book the main girls and guys all have the same personality. Gemma and Harper are seemingly the same person unlike the first book.
The second thing bothering me is that Gemma is a 16 year old girl who knows shes probably going to die soon yet she follows the rules of being grounded and hardly sees alex while shes home. That is just not realistic and also plays down their love story. Over all the book wasn't too bad.

Wish the last two books were audible. Hope they're coming soon. Love her books. The trylle series was fantastic.

This book was amazing! I loved it! It was so awesome:) Should totally get this book!

2nd book is as good as the first one

I really enjoyed this book, it follows the first one very well. Keep me intrigued and the story delivered.