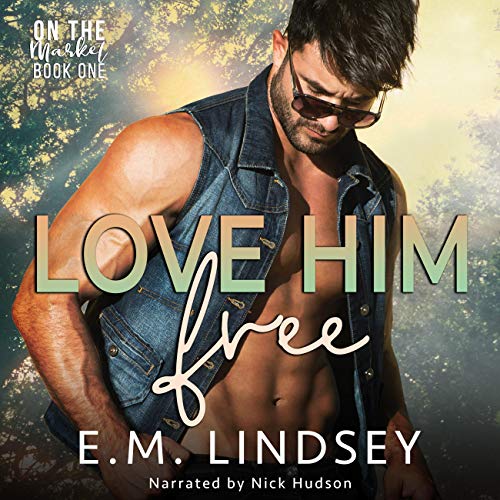 Socially awkward, 36-year-old virgin, Simon Kadish, knows he wants more from life than a failing bakery and an empty apartment. He just doesn’t know how to get it.

From an early age, Simon’s life has been marked by loss. After the death of his father, Simon and his infant brother are ripped from their home in Tel Aviv and forced to settle in a small mountain town in the US where no one speaks his language. By the age of 12, Simon is an orphan. By the age of 21, Simon finds himself the unwilling owner of his bubbe’s bakery, and the hesitant guardian of his little brother. Terrified of losing what little he has left, Simon dedicates himself to his faith, sacrificing everything to keep the fragile scraps of his broken family.

But, when Simon’s favorite film star’s life suddenly falls apart on social media, Simon makes a choice. He goes against every one of his instincts and fires up his camera, sending a message in rusty ASL. He doesn’t expect anything from it, of course. After all, Simon’s life has been anything but charmed.

Deaf film star Rocco Moretti had anyone's fantasy life, and he wouldn’t change it for the world.

But when Rocco wakes up to his boyfriend leaving, he has nowhere to turn. Rocco realizes in that moment, he wants something more. He’s not sure where to find it, but he thinks maybe the shy video in shaky ASL in his DMs is a good place to start. After all, Cherry Creek is in the middle of nowhere, and since seeing that video, Rocco hasn’t been able to stop thinking about that shy baker’s long fingers, shy smile, and the constellation of freckles on his pale cheeks.

Rocco isn’t sure leaving his life behind is the right choice, and Simon isn’t sure he belongs in Rocco’s world. But the one thing they do know is that this love has a chance to set them both free.

What listeners say about Love Him Free

Such a great story, first time reading E. M. Lindsey but will def read more now. Simon a Jewish Baker and a 36 Yr old virgin. Rocco (Silent) a deaf porn star, who's boyfriend left him for his agent. Simon sent silent an online video of deaf hand signing after he'd read about the breakup. Simon is drowning in debt after helping his brother set up in business. He hasn't told his brother as there is friction in their relationship. I'm the beginning I didn't think I would get into this book, but I loved it. There where twist throughout, sad parts and hot sections. Nick Hudson did a great job of the narration. Although I did have to speed it up to 1.35. Love Him Free On the Market By: E.M. Lindsey Narrated by: Nick Hudson Length: 9 hrs and 18 mins ❤❤❤❤ Overall 🎧🎧🎧🎧🎧 Narration 📚📚📚📚 Story Read at 1.35 speed on Audible

I found this book to be really enjoyable with the very, very different character backgrounds, yet they just gelled so well together. I did think that it went on a bit long in some aspects. There was more development between the MC and his brother, it seemed, than there was between the two MC's in the relationship. I did love how well the deafness of the character was such an integral part of the story as far as getting the town involved and endearing the MC's to the small town.

what a fantastic book! Simon and Rocco were such an unlikely pairing but they worked beautifully together. Their love story warmed my heart. I was really rooting for them and I was able to connect and care for both characters from the beginning. I loved their journey. They both grew as people and found true love. It was beautiful to read. And the narrator's character voices were brilliant. I loved it!

I really enjoyed the narrator’s performance. Simon and Rocco were beautiful together as they explored each other sensually. Life broke both men in different ways yet together they help each other overcome their insecurities.

E.M Lindsey did a great job with the story. Simon and Rocco are characters you just love and hope everything works out for them. Nick Hudson did an amazing job with the narration, gave the characters emotion without over acting. This book was given to me for free at my request and I provided this voluntary review.

One of my favorites

I have not read this book yet (it's now next on my list). Usually, I read the books before I do audio but I received this audio and wanted to get started on it. Oh my, what a fantastic listen this book was. The way Nick brought the charters to life was stunning. I could listen to this book several more times and probably still be able to pick out new things I might have missed. The storyline was wonderful and kept me so engaged thru out the whole story Before I knew it 9 hours had flown by.

A lovely romance, strong in personal challenges and low on external-caused angst, I was thoroughly smitten by this story. Both MC live with disabilities, but while Rocco has addressed his deafness and is living a full and productive life (if you are willing to overlook his bad taste in boyfriends), Simon has retreated on himself while his world is crumbling around him. The dynamics between these two men is fantastic, their chemistry out of the charts, and they simply work. Simon problems are addressed, not magically cured, and he gets to work on them. And then, this is narrated by Nick Hudson, so you know that this can't get any better :P

The connection between these characters is just magic. At least I didn’t think I could continue it just seemed off to me but I’m so glad I did❤️❤️❤️

I love Simon and Rocco's story! They have such a heartwarming story that i just love. E.M Lindsey pulls me right into this story. Then Nick Hudson takes this story and makes it even better. I absolutely love his narration. He brings was much emotions into this one that I just fall in love with this story even more. Absolutely amazing listen! *I was given a free copy of this audiobook at my request and voluntarily left this review.*

I know I enjoyed "Love Him Free" as much as I did because of the terrific performance of narrator Nick Hudson. The story itself is somewhat uneven but compelling, and the characters unique. There is a sweetness and depth to this story centered around deep-seeded desires and unspoken longings to be seen, loved, understood and accepted for who you are, beyond the surface. The slow-burn love story between MCs Simon and Rocco is really quite lovely and their HEA heartwarming. Although this is Book 1 in a new series, from the start it felt as though I'd been flung into the deep end of the pool with characters whose backstories and connections it seemed I should already know. This is especially true of the prickly relationship between Simon and his brother Levi, which is somewhat clarified from Simon's POV throughout the book (and the reason for a whole lot of angst), and I've since learned Levi's story is told in another author's book set in the same town with overlapping characters. I may have had at least an inkling of empathy for Levi and his boyfriend James had I read that one beforehand, but as it was, I never warmed to them given their often intentionally callous treatment of Simon. I received this free review copy audio book by request and have left this honest review voluntarily.

I thoroughly enjoyed this book, it grabbed my attention right from the start and held it captive straight to the end. This is my first book written by E.M Lindsey, she is a gifted author with a wonderful writing style and I am looking forward to checking out more of her work. She created storylines and characters that are realistic, easy to relate to and connect with. I adored both lead characters, Simon Kadish and Rocco Moretti, they come from different worlds and ways of life, yet they are so good together and for each other. Each has their own challenges and/or inner demons and I felt for them, especially Simon and all he endured and sacrificed. I was not that thrilled with his brother Levi but he redeems himself in the end. This book brings out all the feels, I felt these two characters found each other at the perfect time in their lives and I was rooting for them the entire time. Their story is beautifully plotted and there is never a dull moment in the book. There is plenty of drama, heartfelt and emotional moments, a touch of angst, some twists and turns and a wonderful romance. E.M Lindsey, thank you for this wonderful story and the emotional rollercoaster ride. I loved the small town charm setting and am looking forward to what comes next in this series. 🎧📚🎧 And for the wonderful narration, Nick Hudson is a terrific narrator and voice artist. He does a great job portraying the characters, bringing them to life, giving each their own distinct voice and personality, making it easy to follow along and who is who. He sets the perfect tone for the story, captures the character’s emotions and projects them in to his performance allowing you to feel what they are feeling. He is an entertaining storyteller and a pleasure to listen to. Thank you for this fabulous listen 🎧

This was a pretty good listen. Characters were interesting and passionate together. Nick Hudson is an awesome narrator and was perfect for this story.