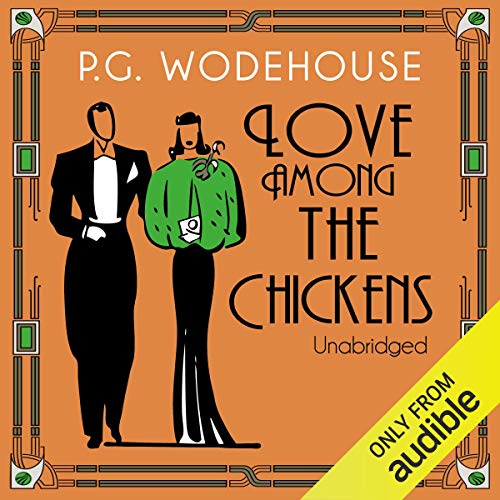 Love Among the Chickens

Written when he was 25, Love Among the Chickens launched P.G. Wodehouse's career as a novelist and introduced the world to Ukridge, one of his most extraordinary inventions. This fascinating early book holds within it so many of the themes which Wodehouse was to make his own. This edition uses Wodehouse's 1920 revised edition of the 1906 original.
Click here to see all the titles in our P.G. Wodehouse collection.
©2014 P.G. Wodehouse (P)2014 Audible, Inc.
Literature & Fiction Humorous
Show More Show Less

What listeners say about Love Among the Chickens

I loved this story so much, and Jonathan Cecil was brilliant at bringing the characters to life. Can’t fault it at all.

First time I've tried this series...
..thought I'd made a mistake as it starts realy slowly😴....
but actually winds up qwight nicely and actually found it hilarious in the closing chapters.
😄👍

"Love Among the Chickens" tells the story of a London bachelor who is dragged out into the country by an old friend to start a chicken farm. Neither man knows anything about chickens so they make it up as they go.

The main character tells the story in a pompous, self-important air that would be very irritating if he wasn't talking about chickens. As is, it's quite funny, especially during the chase scene.

There are a few things that show the book's age, most notably several passages the speak fondly, even wistfully, about smoking.

Overall "Love Among the Chickens" is a fun, light story and if you like British humour you'll like it.