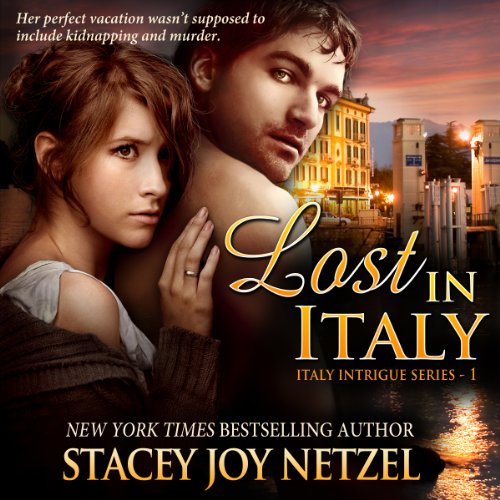 Halli Sanders spent two years planning the trip of a lifetime to Italy. Her itinerary did not include being stranded by her siblings, kidnapped by a sexy American movie star, dodging bullets, or fleeing criminals in a car chase around Lake Como. And that's just in the first three hours.

Trent Tomlin put his movie career on hold to investigate his brother's murder-ruled-suicide at his Italian villa. He's closing in on the suspects when an American tourist unwittingly films the murder of the retired cop helping him. The killers will stop at nothing to get the evidence - including holding Halli's family as collateral.

Thrust into the role of real-life hero, Trent finds himself falling for the Plain Jane whose beauty blossoms with every challenge they face. But how can he keep the evidence from the murderers to get justice for his brother and friend without betraying Halli and her family?

What did you love best about Lost in Italy?


This book is a very thrilling action packed story of a young woman who had not so perfect a childhood and was being too structured in her adult life until a trip to Italy with her brother and sister threw her into ,corruption,and life and death situations . It keeps listening until you get to the end.

This story captivated me from beginning to end. I felt was along for the ride as a silent character, the fly on the wall. More, please.

If you could sum up Lost in Italy in three words, what would they be?

Grabs you immediately and keeps you riveted as an intriguing plot and sometimes comical story have you loving and hating the players passionately.
Time to get your supplies ready and get comfy this one wont allow you to put it down.

Hali because I could identify with her inability trust.

Which character – as performed by Teri Schnaubelt – was your favorite?

I thought her portrayal of Simone brilliant

When the boat exploded

I have not enjoyed a book this well in a long time. I was pleased and impressed with authors ease in depicting such real characters and great dialogues. I personally, appreciated the romantic scenes being portrayed with finesse and class rather than the crudity
that some seem to think makes good reading,

I think it is better that I listened to this story instead of reading it. I might not finish it. The heroine, Halli was immature, shallow and very annoying.

There was no cliffhanger and they got their HEA.

What aspect of Teri Schnaubelt’s performance would you have changed?

The high pitch voice of Halli