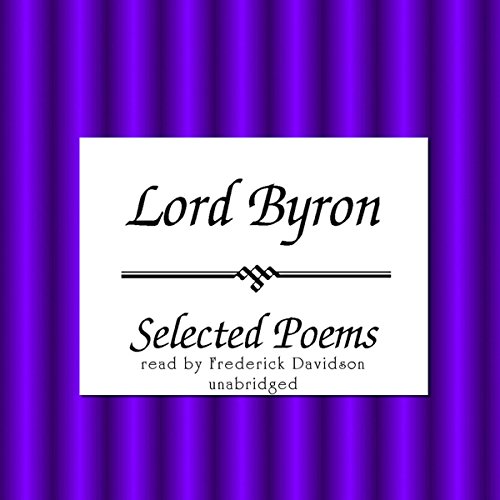 The epitome of the romantic literary hero, Lord Byron was as well known in his time for the revolutionary panache with which he lived as for his extremely popular verse. “As a myth,” wrote Bertrand Russell, “his importance, especially on the continent, was enormous.” His many tempestuous relationships were the subject of scandal which only added to his celebrity. His name has even entered into our language to describe a man of deep passion and defiance.

Byron’s poetry, satirical, shocking, romantic, and dramatic, is replete with witticisms, surprise rhymes, and editorial comment. Poems in this collection include "She Walks in Beauty", "So, We'll Go No More Aroving", "Epistle to Augusta", "Beppo", "The Spell Is Broke, the Charm Is Flown!" "Churchill's Grave", excepts from Don Juan, and more.

“His capricious imagination rises…to heights that none can reach without wings.” (Victor Hugo)