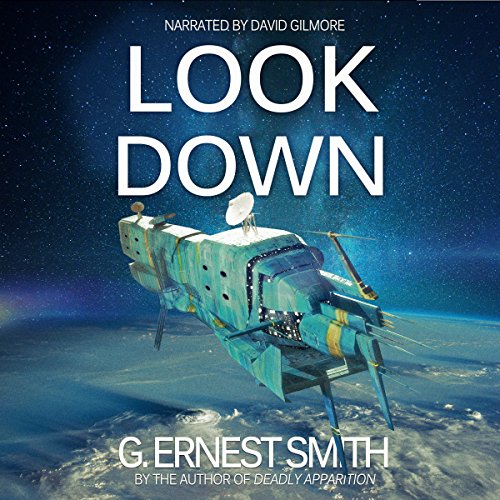 He Struck Down Terrorists but Not His Inner Demons
By: G. Ernest Smith
Narrated by: David Gilmore
Length: 10 hrs and 32 mins
Categories: Sci-Fi & Fantasy, Contemporary Sci-Fi
4 out of 5 stars 4.0 (1 rating)

The year is 2079 and the United States again has a strongly manned space flight program—but it is very military. Commander Eric Nyland commands the pride of the U.S. Navy, the USS Macon, an orbital weapons platform capable of striking anywhere on earth. He believes he is stopping terrorism and making the world a better place until he receives an anonymous note one day. Nyland and his Executive Officer, Lieutenant Commander Padma Asan, begin an investigation which uncovers a conspiracy to assassinate political enemies using the devastating power of the USS Macon. One of Macon's brutal attacks awakens an ancient artifact, which issues a powerful call outside the solar system. One day the call is answered and a mysterious visitor comes to earth causing Nyland to question everything he has been doing. Has he been looking down when he should have been looking to the stars?