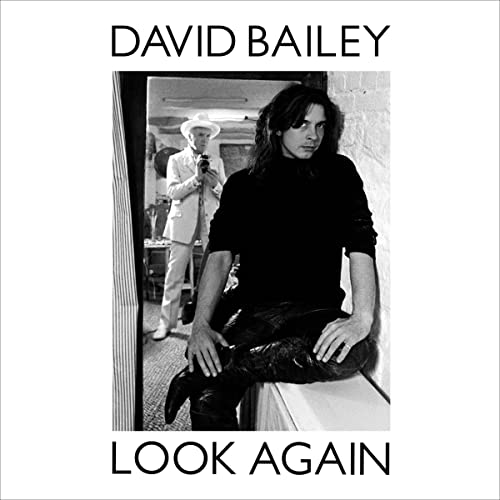 Eye-opening and candid, David Bailey's Look Again is a fantastically entertaining memoir by a true icon.

David Bailey burst onto the scene in 1960 with his revolutionary photographs for Vogue. Discarding the rigid rules of a previous generation of portrait and fashion photographers, he channelled the energy of London's newly informal street culture into his work. Funny, brutally honest and ferociously talented, he became as famous as his subjects.

Now in his 80s, he looks back on an outrageously eventful life. Born into an East End family, his dyslexia saw him written off as stupid at school. He hit a low point working as a debt collector until he discovered a passion for photography that would change everything. The working-class boy became an influential artist. Along the way he became friends with Mick Jagger, hung out with the Krays, got into bed with Andy Warhol and made the queen laugh.

His love-life was never dull. He propelled girlfriend Jean Shrimpton to stardom, while her angry father threatened to shoot him. He married Catherine Deneuve a month after meeting her. Penelope Tree’s mother was unimpressed when he turned up on her doorstep. ‘It could be worse, I could be a Rolling Stone,’ Bailey told her. He went on to marry Marie Helvin and then Catherine Dyer, with whom he has three children.

He is also a film and documentary director, has shot numerous commercials and has never stopped working. A born storyteller, his autobiography is a memorable romp through an extraordinary career.

What listeners say about Look Again

Dull book for such an interesting life

I was waiting for this book but was underwhelmed. I don't like the interview format, it could have all been easily covered in a magazine editorial. David Bailey had an attractive voice but he came across through the narration as a cheeky chappie.

A great listen, thoroughly enjoyed it!,if you like photography you'll like this.Funny, touching and thoughtful,nice one Bailey 🙂👍

I really enjoyed this book but wished there had been more about the 50s and 60s. Really liked the interview parts of the book and the narrator was great