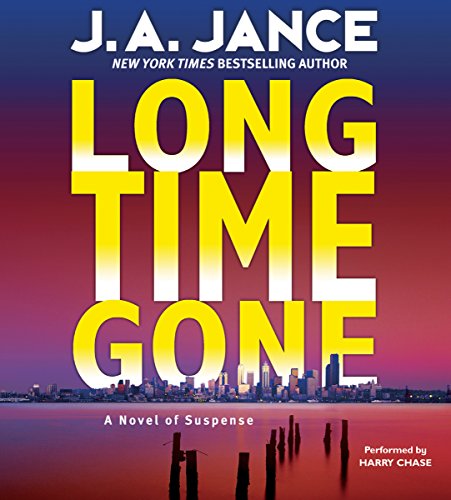 New York Times best-selling master J. A. Jance brings back J. P. Beaumont, one of the most enduring and endearing characters in contemporary fiction, in a riveting story about a shocking, long-buried case of murder.

After more than 20 years of distinguished service with the Seattle Police Department, Jonas Piedmont Beaumont is now working for the Washington State Attorney's Special Homicide Investigation Team or, as it's more commonly referred, the SHIT squad. But the more things change, the more they stay the same.

An eyewitness to a fifty-year-old murder has just come forward, and Beau has been hand-picked to lead the investigation. While undergoing hypnotherapy, a middle-aged nun unexpectedly recalls the grisly details of a cold-blooded killing she witnessed when she was five-years-old. Though fear has kept these memories repressed for half a century, they've now risen to the surface to cast a harsh light on a deadly plot that spans two generations. And Beau's caught in the glare, facing a ruthless band of coconspirators willing to go to any lengths to keep their secrets hidden.

Filled with all of the Jance trademarks, heart-stopping suspense, deeply drawn characters, local flavor, intelligence, and humanity, Long Time Gone is a crowning achievement in this best-selling author's career.

The series had been narrated forever by Gene Engene and he fit the character of JP Beaumont, not to mention, he knows the area where the books take place, so there were no bad phonetic pronunciations of places in and around Seattle. This narrator was making everyone sound either whiny or have an Irish accent. Just doesn't have the same timbre as Gene.

Wince if you're from Seattle

A very good listen; deftly carries on two investigations simultaneously. However, it is plain the narrator is not from Seattle.

I am a resident of the Seattle area and it is fun knowing the cities, streets and landmarks. It is disconcerting to have so many of them mispronounced and detracts from an otherwise good story. Narrators should review the locations and be more familiar with names and places.

A 5 star book with the wrong narrator

If you like J A Jance's J P Beaumont series, try it with the right narrator, Gene Engene!
This one just did not capture the "flavor" of Beau or of Seattle!

The story is good, the narrator is not at all good. he can't pronounce place names and, for some reason, that's jarring.

This is a new narrator for this series. That is difficult to adjust to, but this person makes even harder. He only does two accents, vague Irish and poor Spanish. Since none of the characters share these ethnic backgrounds, it is jarring to hear.

The book is a very good Beaumont novel as usual. The change in narrator was initially welcome (I only got used to Gene Engene after many books, and his quirky, nasal breathing and audible page turning was always a crapshoot) but when it became evident that 80% of Seattle has Irish accents it got to be a bit too much. The awful Norwegian accent the guy did for Lars made me pine for Engene, who did that part brilliantly. The horrible mispronunciations of local names is a constant irritant, and really, audiobook producers should have a list of place name pronunciations.

Fortunately, this appears to be a one-off...