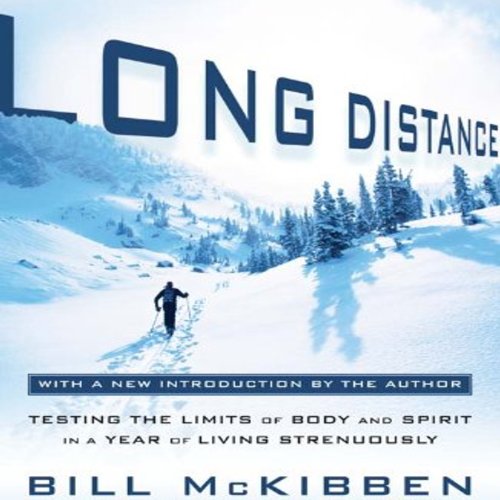 By: Bill McKibben
Narrated by: Rex Anderson
Try for £0.00

In his late 30s, celebrated essayist, journalist, and author Bill McKibben - never much of an athlete - decided the time had come for him to really test his body. Cross-country skiing his challenge of choice, he lived the fantasy of many amateur athletes and trained - with the help of a coach/guru - nearly full-time, putting in hours and miles typical of an Olympic hopeful. For one vigorous year, which would culminate in a series of grueling, long-distance races, McKibben experienced his body's rhythms and possibilities as never before.

But the year also brought tragedy to McKibben and his family as his father developed a life-threatening illness. Forcing a deeper exploration of both body and spirit, the arrival of this illness transforms McKibben's action-packed memoir into a moving account of two men coming to terms with the limits of the flesh.

The author of such impassioned and groundbreaking books as The End of Nature and The Age of Missing Information, Bill McKibben is re-nowned as an original thinker. Here, writing with his trademark honesty and insight, he once again creates a provocative and unconventional book, a fascinating portrait of a man in midlife pushing his body and soul to the breaking point - and learning some unexpected truths along the way.

What listeners say about Long Distance

Started out well but changed direction

I do long distance hiking so I enjoyed the beginning where it was more about the body and training.
The story shifts and becomes more about the author dealing with his father's cancer which wasn't of interest to me.

I listen to this in the off season when I'm missing the fluffy white stuff. as bill mentions, there aren't many x country Chronicles in English, but this one is certainly one of the best.