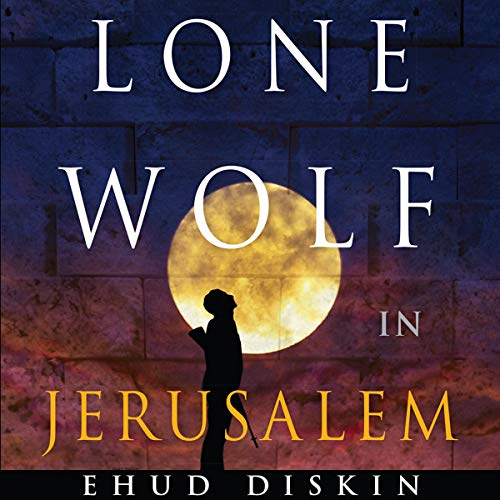 When Hitler’s reign of terror begins, David Gabinsky loses everything he holds dear. Driven by vengeance, young David leads a courageous group of Jewish resistance fighters against the Nazi regime. When Germany is defeated, he journeys to Jerusalem looking for a new life. What he finds is a new love - Shoshana, a beautiful but broken Holocaust survivor - and a new war with an unexpected enemy. The British command has its orders: keep the Jews out of Israel. As David single-handedly wreaks havoc on the British, even Shoshana’s love can’t stop him from risking everything - including his life. Lone Wolf in Jerusalem is a suspenseful, action-packed novel, a worthy contribution to Jewish historical fiction. Using adventure, drama, and romance, Diskin has created a captivating story that entertains and educates.

What listeners say about Lone Wolf in Jerusalem

Good insight into mindset of those who fought for Israel

I found the pros heavy handed and too much of self praise for people who deserved that praise but in a different forum.