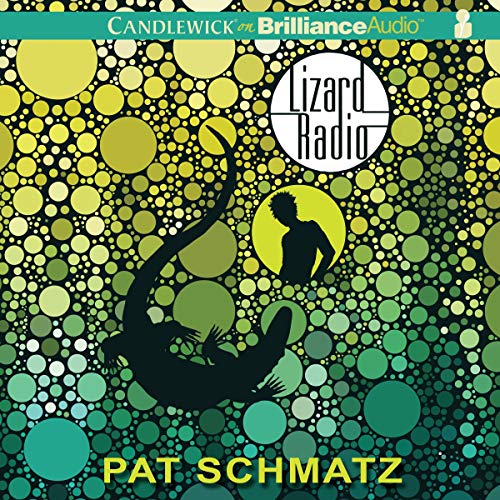 In a futuristic society run by an all-powerful Gov, a bender teen on the cusp of adulthood has choices to make that will change her life - and maybe the world.

Fifteen-year-old bender Kivali has had a rough time in a gender-rigid culture. Abandoned as a baby and raised by Sheila, an ardent nonconformist, Kivali has always been surrounded by uncertainty. Where did she come from? Is it true what Sheila says, that she was deposited on Earth by the mysterious saurians? What are you? People ask, and Kivali isn't sure. Boy/girl? Human/lizard? Both/neither?

Now she's in CropCamp, with all of its schedules and regs, and the first real friends she's ever had. Strange occurrences and complicated relationships raise questions Kivali has never before had to consider. But she has a gift - the power to enter a trancelike state to harness the "knowings" inside her. She has Lizard Radio. Will it be enough to save her?

A coming-of-age story rich in friendships and the shattering emotions of first love, this deeply felt novel will resonate with teens just emerging as adults in a sometimes hostile world.

What listeners say about Lizard Radio

Amazing. A queer-affirming sci Fi delight. I recommend to teens and adults alike.