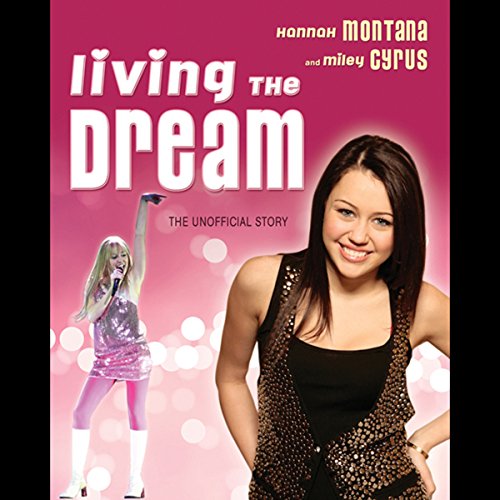 A perfect storm of pop talent, Miley Cyrus has earned her place as America's sweetheart with her flair as an actress, singer, and songwriter. Miley became an overnight sensation when shewas cast inthe popular television show Hannah Montana, and then quickly cemented her place in the pop hall of fame with the success of her albums just a few months later.

This biography captures the passion and drive that led Miley from the sidelines to the center of the world stage, and highlights the talents that allow her to back it up, every step of the way. Interviews with the major stars and producers of Hannah Montana, short biographies for each of the main cast members, and a list of the famous names who've guest-starred on theshow combine to offer fans an intimate portrait of what goes onwhen the cameras aren't rolling.

What listeners say about Living the Dream