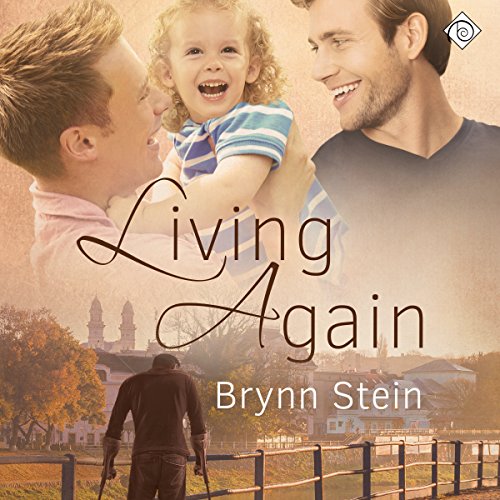 Daniel Larson has walled himself off from any possibility of romance since his lover died violently five years ago in Afghanistan. The same bomb that ended his partner’s life took the lower part of Daniel’s left leg. The only support Daniel has, his Uncle Lawrence, is dead-set against anything homosexual, including Daniel.

Now, a popular language teacher at the local university, Daniel's suffering from a car accident that broke his one good leg. His uncle, who is much better at throwing money at things than offering emotional support, provides a rented power chair and a private in-home nurse. Unbeknownst to his uncle, the nurse comes in the form of a man named Jonah Thacker.

Instantly attracted, Daniel and Jonah fight their mutual feelings in favor of professionalism. They become friends anyway, and Jonah shares his life with Daniel, including his handicapped son, Ethan. As Jonah and Daniel grow closer, Daniel becomes more involved in Jonah and his son’s lives, even being there for Ethan when his medical conditions worsen. But when Daniel’s uncle finds out the nurse he's hired is male, he uses all of his resources to keep Jonah and Daniel apart.

What listeners say about Living Again

Book and Audio:
Daniel was injured and lost a leg in the same accident that killed his partner of many years. He is still very depressed about this when he’s in another car accident that breaks his remaining good leg. He must have round the clock care while it heals so his well-meaning uncle hires a nurse to care for him. However… his uncle is a huge homophobe and freaks out when he learns the nurse is male. Between the uncle and his past, Daniel isn’t exactly available to start any new relationships.
Jonah is the male nurse assigned to Daniel. He has some baggage from a previous relationship and a child with health challenges as well. These prevent him from being immediately willing to begin a new relationship.
Most of the book is Jonah and Daniel dancing around their attraction to one another and debating their concerns. We also learn about Ethan, Jonah’s boy and his health challenges.
In the last 10% of the book the couple finally moves forward but is faced with even more hurdles in the form of the meddling uncle and Ethan’s health crisis.
At the end, we have a very sweet HEA.
**
I did not read this, I listened to it and so I’m not sure if my feelings would have been the same had I read the book. The narrator Randy Fuller was not new to me. I’d listened to his narration of A White Coat is my Closet and thought he did a good job with that. In this situation I can’t know for sure how much of this was his narration or just the story itself, but it was painfully slow.
Randy’s narrating voice felt like listening to a guided meditation. It was smooth and drawn out and low key and calm and… you get the idea. The story was also slow and quiet without any exciting spikes or moments of intense heat or emotion. Between the voice and the story itself it was very hard to continue to listen to this audiobook and stay awake.
I never felt any heat or spice. The romantic scenes, when we finally get the couple together, are fade to black. That in itself is not necessarily a bad thing, but in this case we spent hours getting the boys to admit they liked each other and then more time in getting them willing to try to be together and we get very little pay out in terms of them actually being together. Even some heated kisses or long and sappy conversations would have helped me bond with their relationship. It felt almost clinical in that when they do finally get together it’s just a very quiet “All he did was kiss Jonah back… and try to put all his love and all his desire for the future into that kiss.” After hours of anticipation, that is their climactic coming together.
So, though the writing/editing was fine and the narration sound quality was good, I cannot recommend this audiobook. If you want an “inspirational” story that has some romantic elements or a very non-sexual romance, then you might enjoy this, but for those of us who look at m/m with more for a taste for intense romance and possibly some intense physical scenes, this was very unsatisfying.

I really enjoyed this story . It was full of plenty of emotion and romance. The narrator was equally good with distinguishable voices for each character.