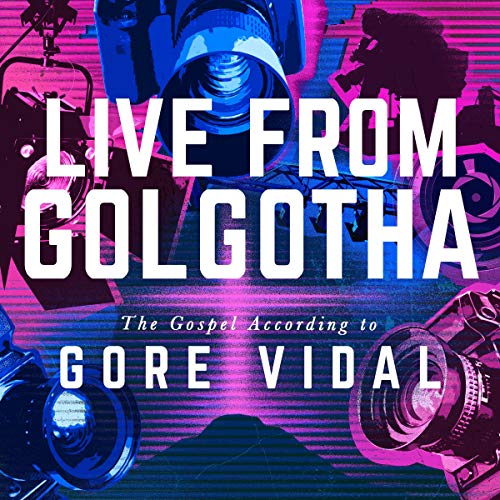 By: Gore Vidal
Narrated by: Johnny Heller,Brian Nishii
Try for £0.00

Timothy (later St. Timothy) is in his study in Thessalonika, where he is bishop of Macedonia. It is A.D. 96, and Timothy is under terrific pressure to record his version of the Sacred Story, since, far in the future, a cyberpunk (the Hacker) has been systematically destroying the tapes that describe the Good News, and Timothy's Gospel is the only one immune to the Hacker's deadly virus. Meanwhile, thanks to a breakthrough in computer software, an NBC crew is racing into the past to capture - live from the suburb of Golgotha - the Crucifixion, for a TV special guaranteed to boost the network's ratings in the fall sweeps.

As a stream of visitors from 20th-century America channel in to the first-century Holy Land - Mary Baker Eddy, Shirley MacLaine, Oral Roberts and family - Timothy struggles to complete his story. But is Timothy's text really Hacker-proof? And how will he deal with the truth about Jesus' eating disorder? Above all, will he get the anchor slot for the Big Show at Golgotha without representation by a major agency, like CAA 1,896 years in the future? Tune in.

What listeners say about Live from Golgotha

Sacrilegious, funny and well worth a listen. Nothing else needs be said. . ..