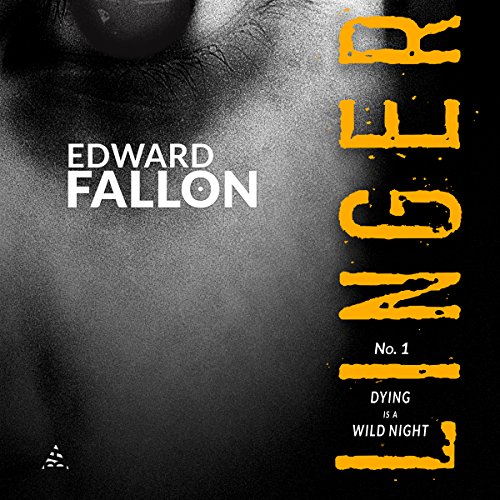 Linger: Dying Is a Wild Night

Linger: Dying Is a Wild Night

Every crime scene has a smell. A look. A trail of DNA. It also has a feel. A lingering residue that floats unseen, like bacteria in the air, just waiting to be absorbed. To be felt. To be interpreted.

And the man and the boy are the only ones who know this.

Veteran major crimes detective Kate Messenger has a problem on her hands: six bodies - father, mother, three children, and the family dog - all slaughtered in their own home, with not a single clue or a shred of DNA that points to the butcher who killed them.

But late one night, as she's visiting what the newspapers have dubbed the House of Pain, Kate finds a couple of intruders at her crime scene: a man and a young blind boy who have no real explanation for their presence there.

In the hours that follow, Kate will discover that this is no ordinary boy - not by a long shot - and his ability to "read" the emotional residue left behind by the killer and his victims will not only open some old and very tender wounds, but may also help her find a killer who has been watching her every move.

Still lingering in my mind

Would you consider the audio edition of Linger: Dying Is a Wild Night to be better than the print version?

What was one of the most memorable moments of Linger: Dying Is a Wild Night?

Almost the entire book is memorable

There were a few, but I don't want to spoil things for upcoming readers

The first book in the Linger Series will keep you up all night and its vivid characters will stay with you, lingering in your mind long after you’ve finished the story.

I received the audiobook for review last week and yesterday I said to myself: ”Let’s see how this book feels like”. I didn’t know anything about the author, Edward Fallon or the narrator, Susanna Burney before Linger, I hit play, and I was hooked from the first sentence and burned through the 5 hours and a half of this Paranormal Thriller, ignoring anything around me, and now, after 24 hours since I have finished listening to it, they are still with me.

Linger: Dying Is a Wild Night opens with two of the three main characters watching as a house is burning. They are there because a terrible crime has been committed. One is a young blind boy, named Christopher, the other is his guardian, an older gentleman, Noah Weston. As the publisher’s summary says: Every crime scene has a smell. A look. A trail of DNA. It also has a feel. A lingering residue that floats unseen, like bacteria in the air, just waiting to be absorbed. To be felt. To be interpreted, and only the boy and the man know this and are able to do something with it…

The third protagonist is the experienced Major Crimes Homicide Detective Kate Messenger. She is investigating the grewsome murders of an entire family. The criminal brutally killed, two adults, three kids and the family’s pet dog… Late one night, when Kate fearing that the trail is going cold, she drives to the crime scene, with the hope of finding missed clues, she discovers that she is not the only one looking for clues. A boy and an older man are there as well…

Our three amazing characters are now together and what comes is one thrilling, mysterious and very entertaining adventure, filled with paranormal activities, drama and driven by a strong narrative.

The audiobook version is performed by Susanna Burney and she is perfect for this series. She captivates the listener with her calm and steady voice, she gives life to Christopher, Kate and Noah, assigning different voices for each one and making them linger in your mind… As I said at the beginning of this review, this is my first audiobook read by Susanna, but I can tell you for sure that it is not the last. I’m planning to continue this series and after that, I’ll look for more books narrated by Susanna Burney.

The book is very fast paced and the action is addictive, the characters are memorable, the story is very interesting, touching on the paranormal and also delivering a very compelling mystery. I was left wanting more, thinking about Christopher, about his powers and disabilities… about Noah’s drama and Kate’s motives… I don’t want to say more, just read the first page of Linger: Dying Is a Wild Night and you’ll understand…

This is a short book in length, but so well written that it feels like a regular one. The 5 hours and 30 minutes felt to me like 8 or 9… Just get it and you’ll be blown away, just like I was.

Note: Edward Fallon is an author identity created by Robert Gregory Browne. All the books in the Linger series are written by different authors using the Edward Fallon alias. Linger: Dying Is a Wild Night is written by Robert and the rest I will reveal when I will write the individual reviews…

I thought this was an amazing thriller and would recommend to any thrill seeker.. love it

This supernatural thriller was so entertaining that I plan to read the rest in the series. It was an unusual detective story with interesting characters and a likeable lead. The narrator really brought the story to life for me as I read along.

I had no expectations about this book, but thought it was an original take on a supernatural mystery. I liked the main character -- a female police chief. Some of the characters could have been fleshed out more, but overall I enjoyed it. I plan to read more in the series.