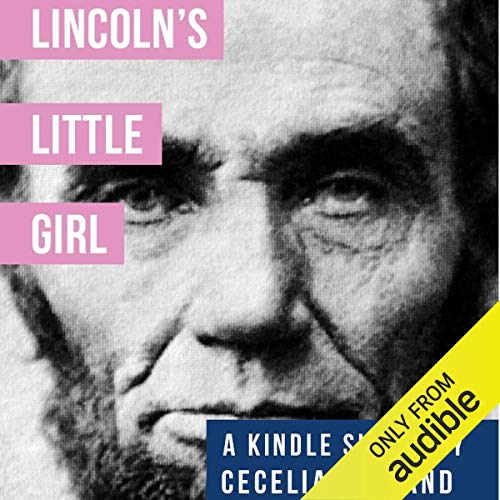 As a member of Abraham Lincoln's inner circle during the early years of his presidency, young Julia Taft had unique access to the 16th president's household. She recorded her impressions for posterity in her memoirs, observations now brought to life in author Cecelia Holland's short tale. Performer Lisa Baney does an excellent Southern drawl, and her impression of a busy, gruff Lincoln (who nevertheless loved his two sons more than anything in the world) is memorable. Lincoln's Little Girl offers a glimpse into an intimate side of Lincoln that we rarely get to see, and is sure to be a treat for Lincoln's many admirers.

"I wish I had a little girl like you, Julie," Mary Todd Lincoln often told Julie Taft, and for the first year of the Lincoln presidency, 16-year-old Julie had the run of the White House, befriending the First Lady, playing with the Lincoln boys, and sharing priceless moments with Lincoln himself, which she noted down in her diary. An intimate portrait of the Lincoln family, as only a child could see them, through the first, fateful, tragic year of the Civil War.

Would you listen to Lincoln's Little Girl again? Why?

I might, even though I am not much of a relistener. The story was compelling and really took me back to 1861 and pre-Civil War Washington.

Oddly enough, Tad Lincoln. I knew he was more boisterous than his little brother Willie, but if Julia is to be believed (and I think she is), he was really quite the little rabblerouser. I also was drawn to Julia, of course, because she was torn between her own proper home and the White House where, for children, anything went.

Her voice was perfect, and her inflections for the characters were spot-on.

Willie's death, of course, was one such moment, but even more, when the Tafts were banned from the White House because of Mary. I felt for Julia -- the loss must have been immeasurable.

A brief book that I wished would have been longer.

If you could sum up Lincoln's Little Girl in three words, what would they be?

Narration made this beautiful story even better. Great description of Washington before the Civil War! Gave depth to Mary Todd Lincoln and her eventual decline of mental health.