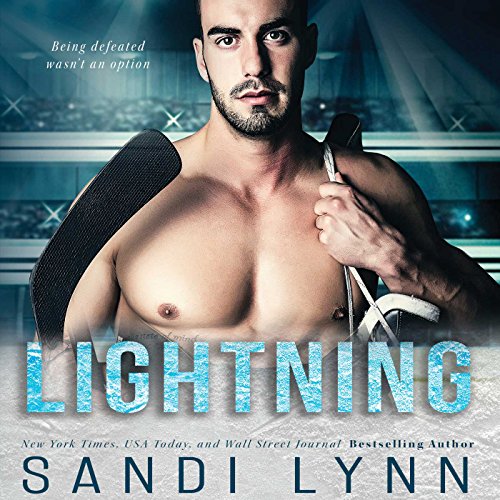 By: Sandi Lynn
Narrated by: Veronica Worthington,Mark Boyett
Try for £0.00

"He shoots and he scores! Lightning Logan strikes again."

That was me, Lightning Logan Jackson, because I was as fast as lightning on the ice. Playing for the NHL had been my dream since I was six years old, when my dad took me to my first hockey game. Hockey was my life. It consumed me. It was the one thing in life that I could commit to. Relationships were a no. Sex with beautiful women and no strings attached was a yes. I was a bachelor - happy and living the dream. Then the accident happened, and the doctors told me I'd never play hockey again. My life went to shit in the blink of an eye. All hope and the will to live was gone - until Brooke Alexander walked into my life.

I was hired to help Logan Jackson get back on the ice. I had rules. Rules he needed to follow if he was going to play hockey again. He was stubborn, defiant, and nothing I couldn't handle. Rehabilitation was going to be difficult and pure hell. I had to break him in order to help him. I knew what it was like to have your dreams taken away from you, and I was determined to give him his dream back, even if it meant losing him.

What listeners say about Lightning

Where does Lightning rank among all the audiobooks you’ve listened to so far?

It ranks right up there. There is a different unexpected story in this book.

The battle this couple goes through to make dreams happen.

Which character – as performed by Veronica Worthington and Mark Boyett – was your favorite?

Neither one was a favorite. I love them both. They both have their own complexities.

I did listen to it in one sitting.