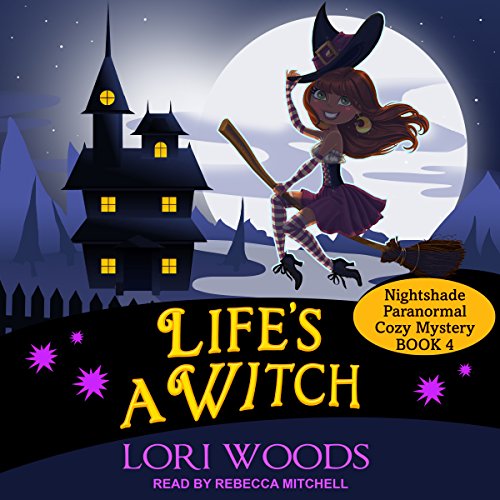 After a spate of gargoyle murders, Suzy Maycomber finds herself running out of time to catch the culprit and save her friend Red Sumac who has been framed for the murders.

Gargoyles daring to seek better lives for themselves has caused the cult group, the Anti-Masons, to re-emerge and target them. As the granddaughter of one of the world's most notorious Anti-Masons, Suzy's friend Red Sumac is automatically under suspicion of murderous activity in Hemlock.

Join Suzy and friends as they go deep under cover as Anti-Masons to discover the truth, while endangering their own lives. Will they succeed, or will Red Sumac be doomed to spend the rest of her days in a witch's prison?

What listeners say about Life's a Witch

This book was great. I love the continued storyline of the Spell Caster Hybrid as her family unfolds and grows with each book. I find myself hoping that the next book will kick evils butt and everyone that Red Loves and is in danger is safe from this threat. I cannot wait for the next book.