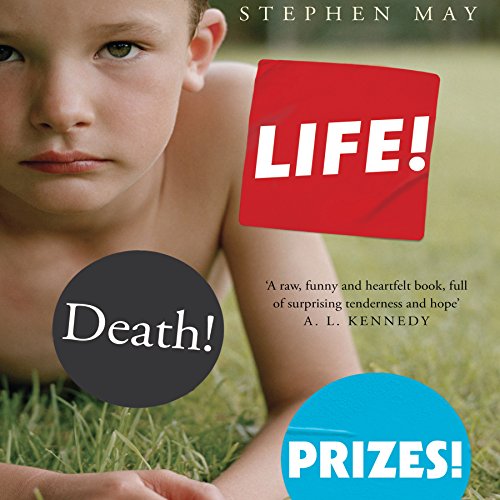 By: Stephen May
Narrated by: Thomas Judd
Length: 7 hrs and 33 mins
Categories: Fiction, General & Contemporary
4 out of 5 stars 4.0 (2 ratings)

By: Stephen May
Narrated by: Thomas Judd

Billy's mother is dead. He knows - because he reads about it in magazines - that people die every day in ways that are more random and tragic and stupid than hers, but for 19-year-old Billy and his little brother, Oscar, their mother's death in a bungled street robbery is the most random and tragic and stupid thing that could possibly have happened to them. Now Billy must be both mother and father to Oscar, and despite what his well-meaning aunt, the PTA mothers, social services, and Oscar's own prodigal father all think, he feels certain that he is the one for the job. The boys' new world - where bedtimes are arbitrary, tidiness is optional, and healthy home-cooked meals pile up uneaten in the freezer - is built out of chaos and fierce love, but it's also a world that teeters perilously on its axis. As Billy's obsession with his mother's missing killer grows, he risks losing sight of the one thing that really matters: the only family he has left.