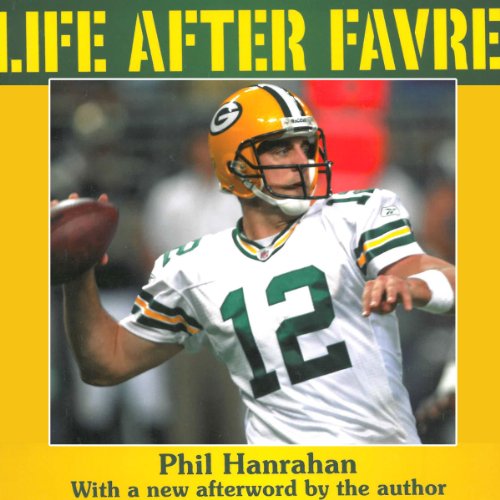 Wisconsin native Phil Hanrahan moved from Los Angeles to Green Bay to chronicle the Packers 2008 football campaign, the first season in 17 years without quarterback Brett Favre. He is there as new starting quarterback Aaron Rodgers begins what one football writer called "the toughest job in professional sports".

Immersing himself in the worlds of team and town, Hanrahan is reborn a full-blown cheesehead: living above Vince Lombardi’s first Packers office, observing training camp practices, attending the team’s annual shareholders meeting, interviewing players, tailgating in arctic cold, shoveling snow at Lambeau for $8 an hour, celebrating Packer great Fuzzy Thurston’s 75th birthday at Thurston’s bar, and, at every turn, befriending scores of die-hard Packers fans he encounters along the way.

Here is the first book written on the new-era Packers, the team of Rodgers, Coach Mike McCarthy, GM Ted Thompson. Featuring a new afterword that brings the Packers story up-to-date and covers their amazing triumph in Super Bowl XLV, Life After Favre chronicles one of the most dramatic seasons in Packers history while revealing, with energy, insight, and humor, the story of the NFL’s winningest franchise.

What listeners say about Life After Favre

As Packer fan born in Wisconsin with a mother who’s maiden name is Lombardi and have a son that would be named Brett after #4 I cannot say enough about Phil’s amazing tour of Packers history and the detail of the stories. Especially loved the new added chapter 💪👏

Great for every packer fan, diehard or casual.

Would you consider the audio edition of Life After Favre to be better than the print version?

I am liking all the Audio versions better so this is easy.

What other book might you compare Life After Favre to and why?

Distant Replay. He gives you a great feel for the town, the team and the season

Anyone who is looking to get a business associate, parent, child etc who has interest in the Green Bay Packers should try this book.

For anyone who has moved away and wants to add a little Cheesehead back into the diet. Well researched.

Packer fans will enjoy ! Makes you want to visit the sites in the book.