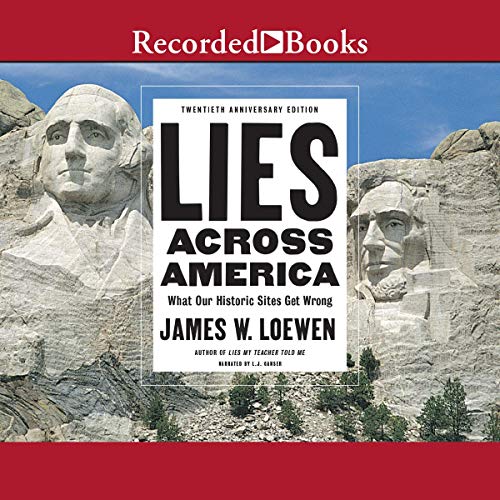 From the author of the national best seller Lies My Teacher Told Me, the second myth-busting history book which focuses on the inaccuracies, myths, and lies that can be found at national landmarks and historical sites all across America.

In Lies Across America, James W. Loewen continues his mission, begun in the award-winning Lies My Teacher Told Me, of overturning the myths and misinformation that too often pass for American history. This is a one-of-a-kind examination of sites all over the country where history is literally written on the landscape, including historical markers, monuments, historic houses, forts, and ships.

With entries drawn from each of the 50 states, Loewen reveals that: The USS Intrepid, the "feel-good" war museum, celebrates its glorious service in World War II but nowhere mentions the three tours it served in Vietnam. The Jefferson Memorial misquotes from the Declaration of Independence and skews Jefferson's writings to present this conflicted slave owner as a near abolitionist. Abraham Lincoln had been dead for 30 years when his birthplace cabin was built.

Lies Across America is a reality check for anyone who has ever sought to learn about America through the nation's public sites and markers. Entertaining and enlightening, it is destined to change the way American listeners see their country.