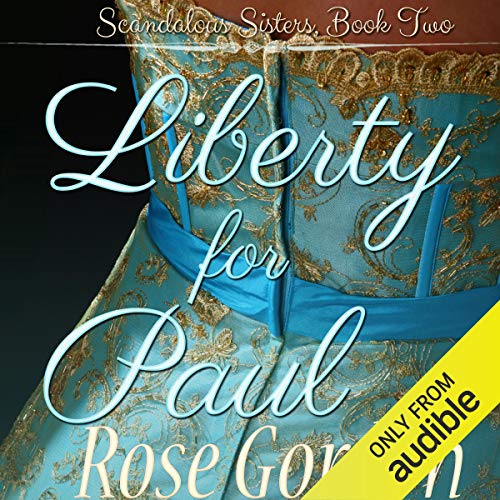 Liberty Banks loves revenge almost as much as she hates one Mr. Paul Grimes - a man she considers to be the most improper creature she has ever clapped eyes upon. But when her plans for revenge against Paul go bust, she suddenly finds herself walking down the aisle to him.

Once married, a battle of the wills breaks out as each tries to reform the other. Liberty wants nothing more than to have a proper husband. Much to Liberty's dismay, Paul will stop at nothing to have his all-too-proper wife do something - anything - to break the rules of society. And specifically, he'd have her do the most improper thing, which is to fall in love with the most improper man: her own husband.

What listeners say about Liberty for Paul

I like the story. It feels good to see a wife and a husband fall in love after being unable to stand each other.. I only don't like the part where Liberty keeps on being childish despite of her being a married woman.

Heroine is a brat

The heroine drove me crazy.She acted like a 12year old vengeful child, never thinking of consequences or others..drive me crazy.

If one is going to write a historical novel; one should have at least a basic awareness of historical facts!! The war of 1812 which would have made the traveling from the USA & Great Britain in all of this series of books, completely nonsensical!