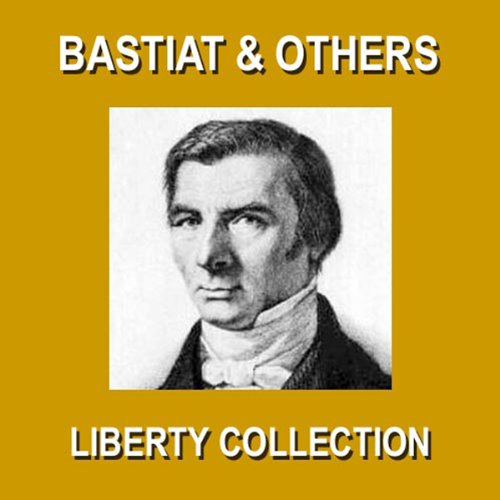 The Liberty Collection includes: "The Law" by Frederic Bastiat (1 hour 20 minutes). Bastiat (bawst ya) (1801-1850) was an economist, a member of the French assembly, and an influential libertarian speaker and writer. "The Law", Bastiat's most famous work, argues that the purpose of the law is the protection of individual rights, and that when governments adopt policies favoring particular industries or groups, the law becomes an instrument of injustice and oppression.

"Things Seen and Things Not Seen" by Frederic Bastiat (1 hour 9 minutes). Bastiat considers the value of a broken window in promoting industry; the value of armies, public works, and government credit guarantees in increasing employment; the danger that better machinery poses to employment; the use of tariffs to protect industry and other economic fallacies.

"Cyrus McCormick, Inventor of the Reaper" by Christopher Crennen (34 minutes). McCormick (1809-1884) demonstrated a workable reaper in 1831 and spent the rest of his life expanding the McCormick Harvesting Machine Company. McCormick's reapers had profound effects on the alleviation of US and world hunger.

"The Way to Wealth" by Benjamin Franklin (23 minutes). Franklin (1706-1790) grew rich publishing Poor Richard's Almanack, under the pseudonym Richard Saunders, from 1732 to 1758. Besides calendar and weather information, Franklin's almanacs had many sayings, proverbs, and aphorisms. A selection of these sayings was added to the 1757 almanac as "The Way to Wealth", a speech by an old man to buyers at an auction.

"The Declaration of Independence" by Thomas Jefferson (9 minutes). Jefferson (1743-1826) was the principal author of the Declaration, which asserts that all men are endowed by their Creator with unalienable rights to life, liberty, and the pursuit of happiness, and that the only proper purpose of government is to secure these rights. "The United States Constitution and Bill of Rights" by James Madison (32 minutes). Madison (1751-1836) was the principal author of the Constitution and the Bill of Rights, the first 10 amendments to the Constitution. The Constitution established the legislative, executive, and judicial branches of the federal government, and limited federal legislative powers to those enumerated in Article I, Section 8.

I enjoyed this collection. Bastiat's works are timeless as are those from the likes of Thomas Jefferson. I got some good laughs out of Cyrus McCormick's story of the reaper. These are things you don't hear about in school history books.

overall this was a good book! The reading was a little monotone and a few of the stories selected seemed a little irrelevant to Liberty. Mainly be Ben Franklin sharing. I was not familiar with these stories and was surprised at this content. I didn't know the Constitution and amendments would be included in this.