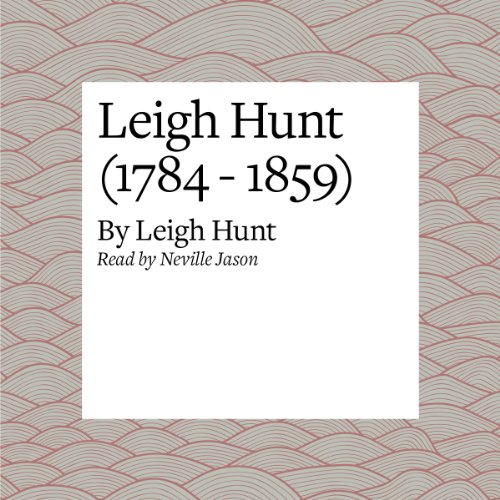 This audiobook presents author Leigh Hunt’s "A Now: Descriptive of a Cold Day", a collage essay drawn from Hunt’s journals, and composed as a follow-up to the earlier "A Now: Descriptive of a Hot Day". Hunt was a renowned critic and essayist of the 19th century, whose commentaries on the world around him have rendered him an enduring representative of the literary age in which he lived.

Hunt’s dense, multi-layered prose is coaxed into full bloom by Neville Jason’s nuanced performance of this ephemeral essay; Jason is a skilled voice actor and his delivery is just the right degree of theatrical, and deeply felt, his rolling tones complementing the complexity of Hunt’s refined language and reflections.

This is an essay from the Favorite Essays collection.

Here, in this unusual collection, are some of the greatest essays in Western literature. Witty, informative and imaginative, the topics vary from starvation in Ireland, fine China, the extension of railways in the Lake District, and the tombs in Westminster Abbey. A little like after-dinner monologues, they are passing thoughts expressed as journalism. Neville Jason reads with urbane clarity.