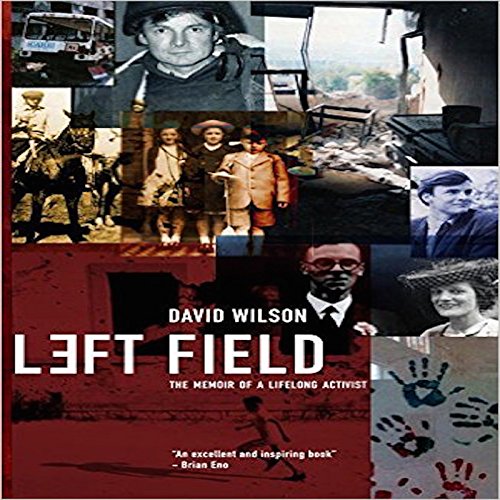 David Wilson has been a gaucho, a teacher, an artist's agent, a documentary filmmaker, and playwright, but above all, he has been a lifelong political activist. In the 60s he marched to Aldermaston. In the 70s he protested against the Vietnam War and apartheid. In the 80s, with the Lesbian and Gay Liberation Front, he delivered food to striking miners. More recently, he has been active in the anti-war movement.

As the cofounder of War Child, he was instrumental in bringing a mobile bakery into war-torn Bosnia. In 1995 the charity gained prominence with the release of the Help album. Contributors included David Bowie, Brian Eno, Paul McCartney, and Sinéad O'Connor. Help captured the world's attention and brought the healing power of music to young people whose lives had been devastated by war.

Left Field is an engaging and humorous memoir which will inspire not only Wilson's generation, but also today's young people who are campaigning for a better, fairer world.