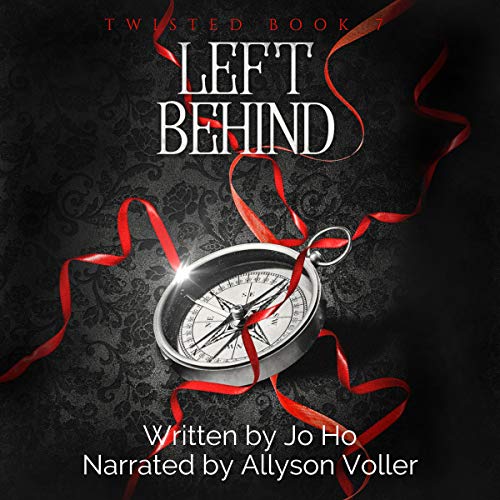 When all the wishes in the world aren’t enough....

Magic comes to Boston in a big way, as the city wakes to find its streets blocked by a supernatural act that could only have been caused by Michael, ramping up his campaign against them. Their investigation leads the girls off campus to another historical site, but will they like what they find at the end?

It isn’t only magic that has peppered the air it seems, but romance, too, as Cassie - blossoming under the influence of Tyler’s potion - is finally asked out on her first date. Unfortunately, she has no idea who her new beau really is....

Even Eve is experiencing the first rush of excitement from meeting someone new but will fate allow her to have this one bit of happiness?

As the big day finally arrives for Ally, all of Tyler’s careful planning and hard work seem to be paying off only for her worst fear to become realized.

Will the others be able to get through to her before the cover on their magic is blown?

Saving the world has never been this Twisted!

Just like your favorite CW or Netflix show, expect thrills, heart-thumping romance as well as epic twists and turns that will keep you guessing!

Well this story just keeps getting better and better.
I am so intrigued on how this story progresses.
Wonderfully written and wonderfully narrated.

I received this book for free at my request but the opinion is of my own. Michael is still at it as he tries to ramp up his plan against the girls. The girls are still working on their magic. Romance is also in the air for many of the girls. Tension also arises as the girls get wrapped up in a plot that could cause them harm. This series is very addicting.

This needs to be made into a TV series.

Summary:
The danger ramps up as their enemy Michael begins setting up traps for each of the girls. A major event stops all city traffic sending the team on a hunt for what caused the disruption, but they may have bit off more than they are ready for evil forces attempt to kill them. All Tyler wants is to get her sister Ally back and keep her safe. Unfortunately, Michael has other plans for her and her family. Cassie is excited for her upcoming date, but looks can be deceiving.

This is a fast paced story in serialization format worthy of a TV series. I can’t wait to find out what Michael is planning next and if the team can find a way to stop him. This series is even better in audiobook format.

Ends with a bang.

Another solid episode. Our heroes continue to grow in power as they continue to explore/use their powers, but this episode really ends with a bang as Michael makes some serious moves against the girls. Can't wait to see what happens next.