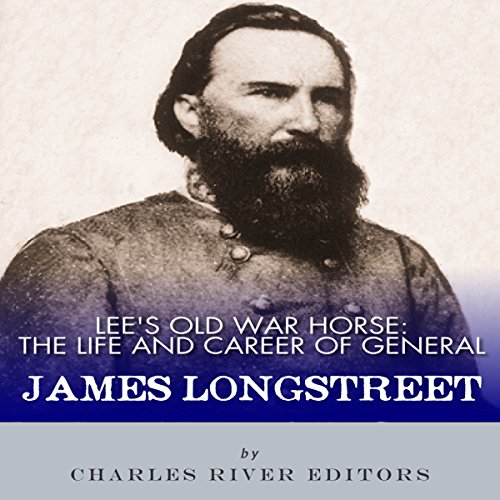 One of the most important, and controversial, Confederate generals during the Civil War was Lieutenant General James Longstreet, the man Robert E. Lee called his "old war horse". Longstreet was Lee's principal subordinate for most of the war, ably managing a corps in the Army of Northern Virginia and being instrumental in Confederate victories at Second Bull Run, Fredericksburg, and Chickamauga. Longstreet was also effective at Antietam and the Battle of the Wilderness, where he was nearly killed by a shot through the neck.

Had Longstreet died on the field in early May 1864, he would almost certainly be considered one of the South's biggest heroes. However, it was his performance at Gettysburg and arguments with other Southern generals after the Civil War that tarnished his image. After the South lost the war and Gettysburg came to be viewed as one of its biggest turning points, former Confederate generals looked to that battle to find scapegoats to blame for losing the war. Longstreet was charged with being slow to attack on the second day of the Battle of Gettysburg, allowing the Union to man Little Round Top. He also resisted Lee's order for Pickett's Charge the next day, making his criticisms clear both that day and after the war through his writings. The fact that he served in Republican administrations after the Civil War rubbed his former comrades the wrong way, and the Georgian Longstreet's criticism of Lee infuriated the Virginian Lost Cause advocates who idolized Lee.

Near the end of his life, Longstreet authored From Manassas to Appomattox, a Civil War memoirs that looked to rebut his critics. Longstreet didn't avoid his critics, facing them head on by fending off criticisms of his record for the most part, usually including letters written by other officers to his defense. Longstreet also didn't pull punches, which he does at times quite poignantly on Lee's mishaps, most notably of course at Gettysburg. In other instances, he defends himself by criticizing others. When Fitz Lee notes that R.E. Lee called Longstreet the hardest man to move in the Army (a comment that can't be confirmed or refuted), he comes to his own defense in part by criticizing Stonewall Jackson during the Seven Days campaign. Hindsight is 20/20, and Longstreet's arguments in the conduct of certain campaigns certainly benefited from the passing of 30 years. At a number of places, Longstreet believes that if his suggestions were followed, the results could have destroyed Union armies or won the War. Nobody will ever be sure if he's right or wrong on these matters, though historians typically consider those kinds of statements bluster.