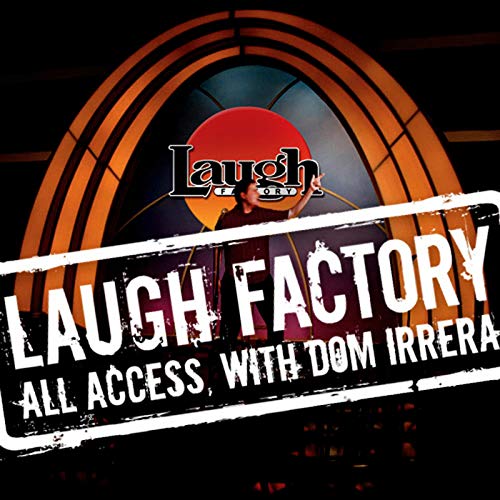 Laugh Factory Vol. 11 of All Access with Dom Irrera

Dom checks in with Jay Davies about the latest in his love life. Then, Tom Dreesen talks about the dangers of valet parking, the generation gap between Ol' Blue Eyes and Ol' Dirty Bastard, and crazy bar drinks. Shang says it's time for teachers to start stripping and tells Dom he has some ideas on how to fight racism in Hollywood. Charles Fleischer creates his own language and tells Dom he's not a genius, just a lucky man.

Tom Dreesen:
With nearly 40 years of on-stage experience, Tom Dreesen defines what it means to be a professional comedian. A good friend of Frank Sinatra, Dreesen spent well over a decade opening for the Chairman of the Board. Tom is also a regular on the late-night circuit, and he has even filled in as a guest host on Late Night with David Letterman.

Shang:
Beginning his comedy career on a dare, Shang has quickly become a favorite for his edgy socio-political style. Starting out at open-mic sets in Brooklyn, Shang quickly graduated to appearances on Def Comedy Jam and Jamie Foxx's Laffapalooza. Shang has recorded a comedy album called Shangry! and has appeared on such shows as NCIS and The Suite Life of Zack and Cody.

Charles Fleischer:
Born in Washington, D.C., Charles Fleischer is best known as the voice of Roger Rabbit and Benny the Cab in the hit film Who Framed Roger Rabbit. An accomplished comedian/artist/actor, Fleisher has been working consistently since the 1970s in many and varied acting roles, ranging from one of the Sweathogs in Welcome Back, Kotter to his recent appearance in David Fincher's dark thriller Zodiac.

What listeners say about Laugh Factory Vol. 11 of All Access with Dom Irrera