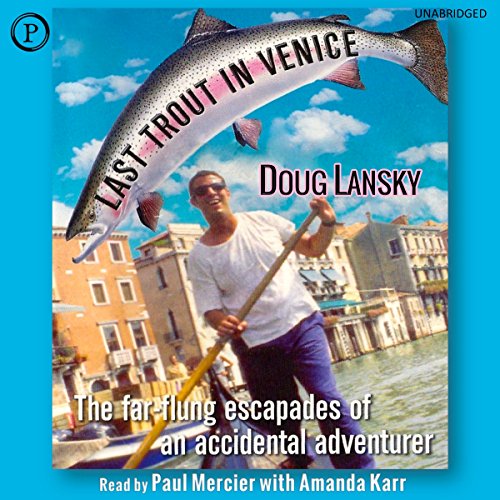 In the plucky, hilarious, and irreverent spirit of Lansky's popular "Vagabond" newspaper column comes Last Trout in Venice, a book of adventurous and wacky travel essays that will have you laughing out loud.

In Naples, Italy, Lansky rents a car precisely because of the city's reputation as one of the worst places to drive in the world. In Berlin he dons a full-body latex suit, preparing for his visit to the notorious erotic KitKatClub. Inspired by Hemingway, he travels to Africa, where he accidentally stumbles upon a foolproof diet - the "Deep Sea Fishing off Kenya's Coast During Rainy Season Weight Loss System". And in Venice you'll hear Lansky as he dries out in the sun after his fall into the Grand Canal (in which he inadvertently took a big drink of water) while taking gondola-driving lessons.

What listeners say about Last Trout in Venice