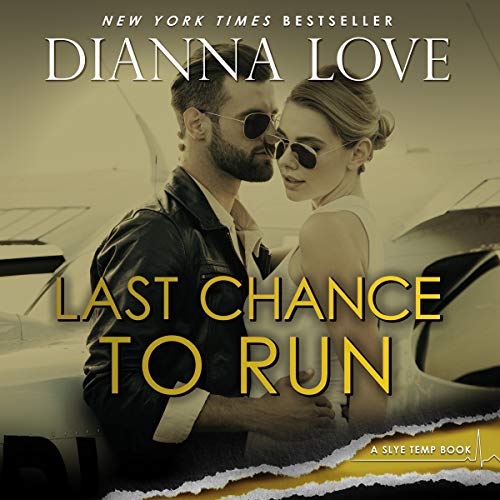 To an undercover agent, she’s a Person of Interest. He’s interested.

Escaping the compound of a deadly international felon - with a fortune in rare, stolen coins hidden on her body - elite athlete Angel Farentino has to make the most important run of her life. Literally. With her father in prison, where he belongs, and a prior undeserved conviction hanging over her head, she has nowhere to turn and no one to trust. Definitely not law enforcement who railroaded her through a judicial nightmare. One step ahead of lethal men and dogs on her trail, she runs into the arms of a dark stranger willing to help her if she’d let him. But that would only get the sexy pilot killed.

Between figuring out who’s sabotaging his undercover work for the DEA and trying to save his baby sister from herself, Zane Jackson has enough on his plate. The last thing he needs is to get entangled with a woman who’s treading on the wrong side of the law. But when the long-legged distraction races into the middle of his operation and stows away on his plane, a primal need to protect forces Zane to risk everything, starting with his heart.

What listeners say about Last Chance to Run

Enjoyable unusual adventure romance with plenty of action and drama, narrated at times like a radio play with sound affects. Strong female lead: Angel, running helter skelter through all kinds of dangerous scenarios and escapes to a HEA with an initially disbelieving Zane, but an hour before the end this story ends then bleeds into a synopsis of the Slye Temp organisation and background and follow on books.

The story is unusual in that even the baddies don't swear. It is not a continual saga of sex; the sexual scenes are delicately written, loving and no lube.

Well worth the time to listen. Will seek out other books by this author.

Why didn't I read this before now?!?!

I couldn't put it down. I've been hesitant to read another espionage book since high school. I found them boring and struggled to finish them. I'm glad I was introduced to this series. I've found myself staying up late to finish chapters and hiding in corners at work to see if I could read just a few more sentences.

Action, suspense, steamy romance. Everything you want in a romantic suspense. Angel is an ex-con who is trying to escape a dangerous man. Zane doesn't trust easily but can't help wanting to help the vulnerable woman who stows away on his plane. I loved the characters. I just loved this book. Kept me interested to the very end. Also sets up for a series, which I am definitely interested in continuing.

Narrator for the audio is wonderful. He is perfect for the story. The pacing is excellent and really helps to build the suspense in the story. He does a great job differentiating between characters. Honestly one of the best narrators I've listened to. And while I normally find sound effects to be distracting, I thought they were a nice touch.