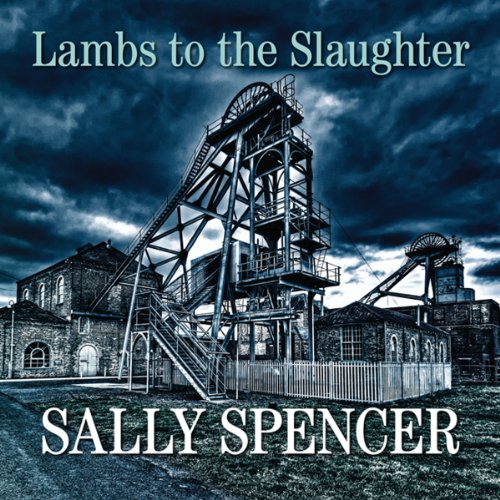 Lambs to the Slaughter

The colliery village of Bellingsworth is already divided over an impending strike, so the last thing it needs is a murder - but that's exactly what it gets, when a retired miner called Len Hopkins is found battered to death in his outside lavatory.

Detective Chief Inspector Monika Paniatowski, called in to track down the killer with all possible speed, finds herself working in an atmosphere as thick with suspicion and distrust as the mine is with coal dust. It's not only the investigation which is giving her headaches - the behaviour of her right-hand man, Detective Inspector Colin Bereford, is threatening to tear the team apart, and though she doesn't know it yet, a mysterious stranger has her beloved daughter, Louisa, in his sights.

What listeners say about Lambs to the Slaughter

With some serials, the output diminishes over time, with the writing becoming formulaic and staid. However, Sally Spencer (nom de guerre of Alan Rustage) continues to deliver taut, suspenseful police procedurals.

"Lambs to the Slaughter" is the 5th entry in the series (25th if you consider the 20 books in which DCI Charlie Woodend is the primary protagonist and Paniatowski is his protégé) , set in 1970's Northern England. This book revolves around a potential coal strike and a murder in the town of Bellingsworth.

The mystery itself is complex. However, the hallmark of this series is the continued development of the police team. I look forward to many more books in this wonderful series and anticipate more intricate mysteries and more windows into the characters.

Another great joy is the brilliant delivery of Penelope Freeman. She captures wonderfully the accents and characters of the book, male and female.

had a hard time getting into the story because of the British accents but once past that the story was good...