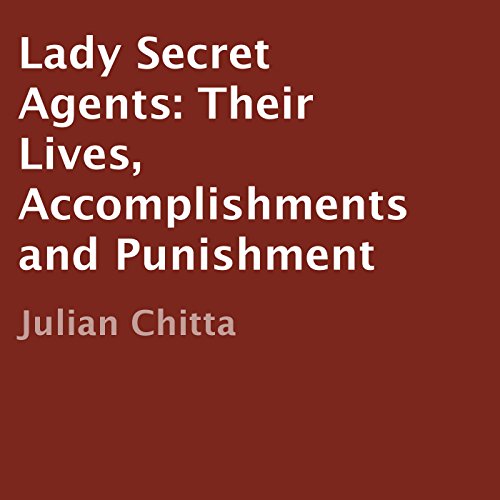 This audiobook examines the lives, the accomplishments, and the punishment of some of the female secret agents, while they lived and worked during the 20th century, in hot or cold wars. They all were convinced that they were on the right side of the conflicts they participated in, even if some of them were dead wrong. Their lives were never certain, since a bullet in the head could put an abrupt end to their work.

The dynamics of the forces that shaped their careers were never straight, from recruitment to training and through their assignments. In spite of the dangers of being detected, some of them survived.

This audiobook tries to shed a bit of light upon their secret environment where every secret agent lived or died according to her ability to avoid detection and capital mistakes. Ultimately the history was the judge which pronounced the final sentence. The subject of female spies, the lady secret agents, is quite intriguing in itself, and an average listener may find a lot of unique data.