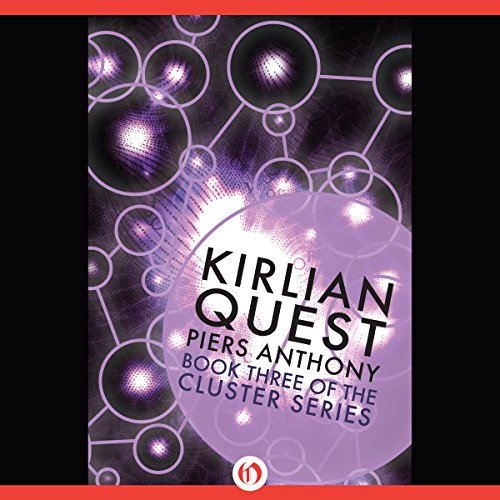 Twice before, Milky Way Galaxy has been on the verge of extinction, and twice before, a heroic defender has come forward to throw back the invaders from Andromeda Galaxy. In Kirlian Quest the galaxies are united in an alliance of peace. But Hweeh of Weew, the Milky Way's leading research astronomer, observes that Amoeba--just beyond the galaxies' common frontier--is expanding ominously in the direction of the twin galaxies. Herald the Healer is called in.

Armed with only his hyperintense Kirlian aura, he wages an almost single-handed battle against the greatest threat ever to face the galaxies. But first he must unravel the secrets of the Ancients--astounding secrets whose import could never have been imagined.... For a thousand years Sphere / of Andromeda was cursed by the other spheres because a representative, Llume of /, betrayed Andromeda during the Second War of Energy.

As Kirlian Quest opens, a new threat has appeared on the horizon: the Space Amoeba, a fleet of alien ships one million strong, whose intentions are definitely hostile. Herald the Healer, aural (but not literal) descendant of Flint and Melody, who is a / of Andromeda, has the chance to redeem his species' honor and save the galaxy, but in order to do so he must solve the riddle of the Space Amoeba and of the Ancients themselves.

What listeners say about Kirlian Quest