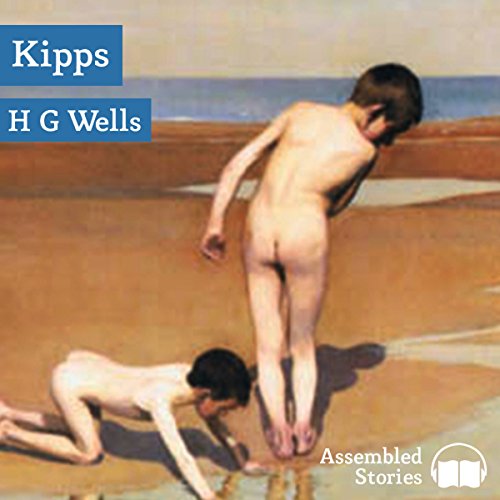 This wonderful comedy about orphan and innocent Arthur Kipps was the means by which Wells satirized what he saw as a gross stupidity and blight upon English society: the pretensions of and obsession with class. Humble drapers' assistant Arthur unexpectedly inherits his grandfather's fortune and is instantly propelled into a higher social stratum with the subsequent problems of attaining the required behaviour of a 'gentleman'.

Wells gets much comic mileage from Arthur's desperate attempts to win the approval of his 'betters' and the hand of his goddess, the ambitious, would-be London bohemian Helen, but there is pathos in his inevitable fall from grace and reunion with Ann, his childhood sweetheart. Wells, the revolutionary, makes some serious political comment and with great foresight predicts the world's citizens as 'one body', in the words of the jaundiced socialist Masterman. A joyous, thought-provoking tale with an ingenious twist in the final moments.

What listeners say about Kipps

HG Wells is a really interesting author. Nothing of his that I have read has left me unmoved. I love "War of the Worlds" passionately and hate "In the days of the Comet" to about the same extent. This works comes up on the right side of that balance.

This is a comedy of manners type story. Many will know the story from the movie "Half a Sixpence". Kipps is the lowly shop boy elevated by good fortune to a middle class world that he craves but that he cannot cope with. Wells observes the British class system beautifully and far too much of what he sees is still around today. One of my favourite observations has Kipps (or Kuypps as he is being styled) told not to say anything that matters because it might require somebody else to have an opinion which might make them uncomfortable.

Altogether a light and enjoyable classic well worth the listen.