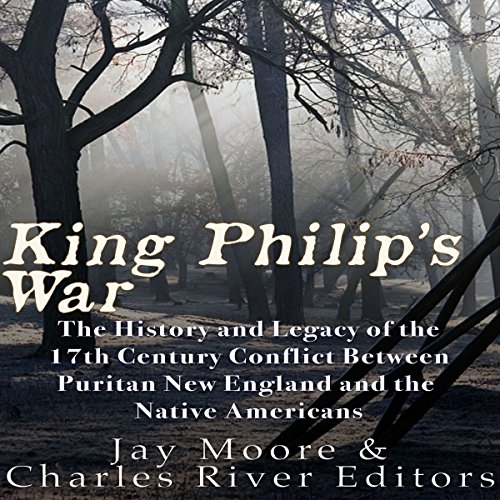 What was the bloodiest war in American history? Most people with at least a little knowledge of history would quickly say that it was the Civil War (1861-65), and they would certainly be correct overall. In recently-updated numbers, it is thought that over 750,000 Americans died in the Civil War from battle wounds, diseases, and other causes. In a single day at the battle of Antietam on September 17, 1862, almost 27,000 soldiers were killed, wounded and missing. However, when historians go farther back in time and include colonial wars and look at casualties per capita, the correct answer would be the much-lesser known conflict known as "King Philip's War" (1675-76). While a significant 2.5% of the US population perished in the Civil War, 5% of New England's white settler population died during King Philip's War, during which 13 towns were destroyed and 600 dwellings were burned by the natives.