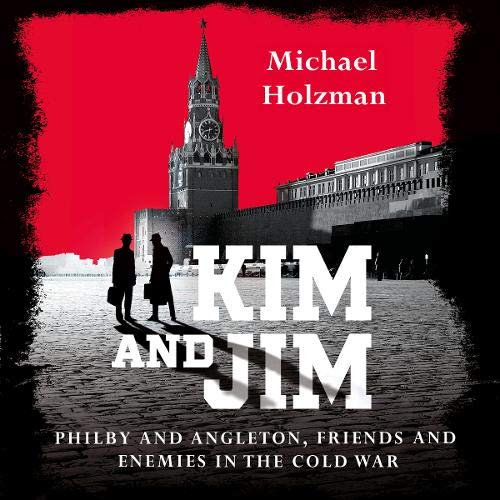 By: Michael Holzman
Narrated by: John Chancer
Try for £0.00

Kim Philby's life and career has inspired an entire literary genre: the spy novel of betrayal. He was one of the leaders of the British counter-intelligence efforts, first against the Nazis, then against the Soviet Union. He was, arguably, the KGB's most valuable double agent, so highly regarded that today his image is on the postage stamps of the Russian Federation.

Philby was the son of St. John Philby, an Arabist contemporary and sometime colleague of T. E. Lawrence. Kim Philby benefited from his father's connections when he worked as a journalist - in Spain during the Civil War, in France during the first months of the Second World War and in the Middle East after the Suez Crisis of 1956, until his escape to Moscow in 1963. There, in retirement, he helped train the last generation of Soviet spies.

Philby was the mentor of James Jesus Angleton, one of the main figures in the early years of the CIA who became the long-serving chief of the counter-intelligence staff of the Agency. Angleton developed the CIA's worldwide network of alliances with other secret intelligence agencies from Australia to Israel, supervised the opening of all overseas mail and telegrams and served as the CIA's liaison to the Warren Commission.

James Angleton and Kim Philby were friends for six years, or so Angleton thought. They were then enemies for the rest of their lives. Both agreed about that. This is the story of their intertwined careers and the dramatic effect of these on the Cold War.

What listeners say about Kim and Jim