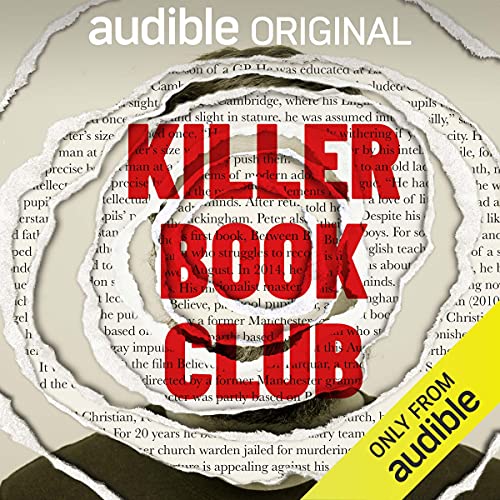 True crime at its best

This is one of the best true crime podcasts I’ve listened to in a long time. It covers a case that is almost too shocking to be believed, and the presenter walks us through the story with elegance and with an intelligent personal angle. Highly recommended.

I had seen a documentary about this case and so was expecting to hear much of the same with this podcast but it was so much more; sympathetic and with fresh eyes, it made me realise that there are always different sides to every situation and there are many threads that make a person. Really great. Would recommend.

Delighted that I found this series. A very interesting story told in a masterful way, well worth a listen if you enjoy true crime.

I sort of enjoyed listening to this, but had to keep over riding the judgemental comments and odd comments....the gloaming is what we all call dusk apparently. The whole church is judged on one mans comments. 70's laws of homosexuality exclaimed at from someone from Washington USA, also a country with rights and equality issues. I decided to think of it as journalistic with a lot of licence. It meant I could enjoy it.

I found this podcast while on holiday in Rhodes and it was the perfect story for the perfect holiday. The characters were so interesting, the premise of the story very compelling and the emotional dynamics breathtaking. The ending was a bit too moralistic with everyone having an awakening was a bit much. Anyway good story!

This was a real disappointment after reading some encouraging reviews. As a UK resident I was aware of the murder case this podcast explores and was interested to see what the author had unearthed .
Sadly while she has obviously done her research the author pads her material with some utterly unnecessary and frankly often insulting (from a British perspective) florid descriptive passages of her surroundings and her take on British life. The stereotyping of British village life and her hackneyed view of the reasons behind British reserve and it's dreadful consequences became increasingly annoying. As did the overuse of the dramatic holdover "until next time "at the end of each episode.
I stuck to it simply to hear the testimony from the actual witnesses but will not be looking for any more of Ms Pachters work. Her final summary was particularly poor and felt like a High School students book report rather than an adult's analysis of the data.
I gave it 2 stars only for the witness testimony content.

Stumbled upon this. Glad I did.
Engaging and fascinating.
Thought provoking and we'll narrated.

loved this, beautifully told and an important topic matter. I'd never heard about this before listening.

A good story, but I was hindered by the author's constant need to draw attention to his own story. the author has an interesting approach to the story through literature and gives many links to literature but lacks a psychological portrait of the perpetrator who was obviously a psychopathic personality.

Disclosure: I knew the victim of the murder described this podcast, I know the narrator/writer and I am briefly featured in a couple of episodes. So I am far from a casual listener and definitely bring my bias to this. Certainly, it was a very odd experience listening to it and suddenly hearing my voice, and the voices of old friends and teachers.

This is an absorbing, detailed and even handed account of a horrific crime, and the complex life of the victim, Peter Farquhar - teacher of literature, mentor, author and a man whose own long suppressed desires, ultimately led to his own murder.

Pachter unravels a case that at the time was covered sensationally and superficially and tells the story of a life only partially understood even by those, like me, who knew Peter well. There are times when you can feel the story-teller in her reach a little far, labor a little too hard to find meaning or draw conclusions where the truth is just messy and incomplete, but on the whole this does succeed in making a close reading of a man who, as a master of close reading himself, would have appreciated it.

Author inserts self into story.

I didn't care for this style of presentation where the author is part of the story. But actually telling a different story. Don't recommend.

Do not waste your time on this podcast. The first few episodes are bad enough. If you make it to episode 8 you will be disgusted, outraged and completely disappointed that Audible even has this on their site. Even the reaction the producer/ narrator has to the information of children being in what very much seems like a predator is disgusting.

The story would twist just when you thought you knew where it was going. I was hypnotized & only a full conclusion could break the trance.

The “what” was convenient

The author was caught up in and among people with whom she could easily relate and admire. She drew her conclusion as to the “what” had happened and to me it fell flat. She had an easy scapegoat to a complex issue.

So well done, I thought it could be scripted fiction!

Several years ago, I got sucked into a podcast that I THOUGHT was true crime only to learn it was fiction — I felt like such an idiot! This podcast is presented SO well and the interviews are so engaging, I actually wondered if I was getting bamboozled again! Before the end of the first episode, I googled to confirm that I was indeed listening to a true crime podcast.

Compelling, but not overdone. The podcast introduces a truly extraordinary group of people and dives into a bizarre, twisty crime... but, there's so much more.

I LOVE this podcast and will probably listen to again, just reweave all the threads. Can't wait to hear more from Gillian Pachter.

Excellent storytelling across a highly addictive podcast series. Be forewarned that it is hard not to binge listen to he whole thing at once. The author does a masterful job of unraveling the story over a few episodes from the perspective of both and an insider and an outsider.