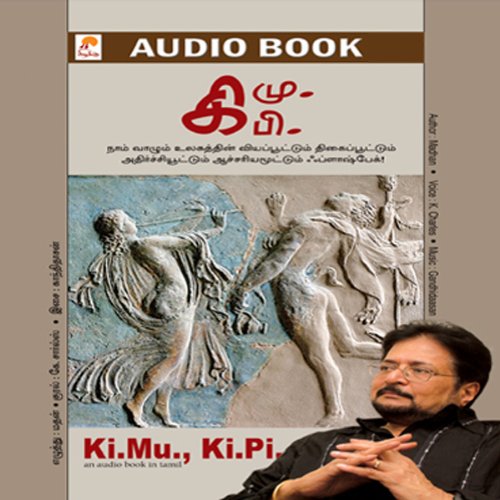 Who was the world's first human being? Man or woman?

This is the ultimate book of lists, throwing light on these and many more of the "firsts" of planet Earth. The origin of man, the birth and death of civilizations, wars and empires, the beginning of the universe - all this and more is covered in this comprehensive journey in to the past, present, and future. And Madan makes it all so enjoyable. With his easy flowing style and ready humor, he turns a complex voyage in a time machine into a walk in the park.

This audiobook will drench you in the sound of music - music as fresh as folk songs and as profound as hymns as Madan's history of the world is brought to you in pure audio.

What listeners say about KiMu KiPi

nice to hear it a audio book

wanted to read this book earlier but time dont permit , finally completed it using audio mode thanks for the help .

I really interested to study more of the history.

thanks for fuel my eager to more of the history. Charles voice is awesome. thanks madhan and Charles. expect more from you guys.

Excellent history.. learnt a lot..
it started from early evolution to until Ashoka empire.. I recommend this book for who loves story telling..

Don't miss this. It is a good peak into world history. A must listen. Excellent.

It was a wonderful reading experience. I liked the different stories narrated in the book and the progression from one story to another. A good read for those Tamil readers who have an interest in History.

Very interesting and informative. suggeste to read everyone. Recorded voice very nice modulation. many thanks to publish this book to amazon.

Would you listen to KiMu KiPi again? Why?

I listen to this audio often....

What other book might you compare KiMu KiPi to and why?

It is very wonderful experience in knowing all these facts. I would like to know lot more about the history after reading this one

This audio book by Madhan does differentiates itself by sticking on to hard archeological evidences. especially Indians (common people) used to skewed history as ingested from indian movies (like bollywood), should find this intriguing.

If you could sum up KiMu KiPi in three words, what would they be?

whole audible was covering KiMu.. there wasn't Kipi. I am not sure whether have covered Kipi and audio is not available.

This is timeline histroy that happened Before BC and After his death. Interesting

Have you listened to any of Charles K’s other performances before? How does this one compare?

Charles K voice was clear and audible, enjoyed his voice.

excellent work by the team