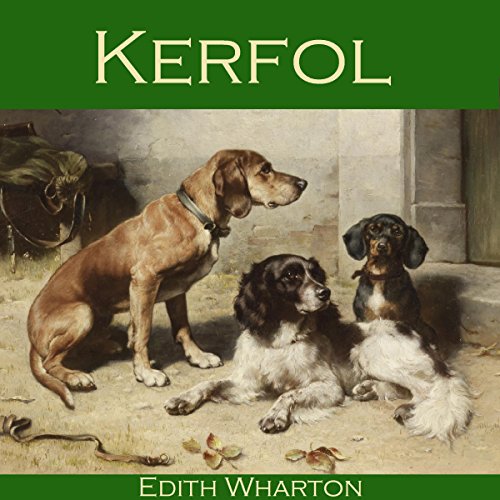 Edith Wharton (1862-1937) was a Pulitzer Prize-winning American novelist and short story writer. She was nominated for the Nobel Prize in Literature in 1927, 1928 and 1930. Among her most popular and terrifying tales are the many masterly ghost stories she wrote in her early career.

Kerfol is the story of an American who looks over the remote and partially ruined castle of Kerfol and finds only a pack of eerie, shy and strangely silent dogs there. When he mentions that he has seen the dogs, his hosts give him a very peculiar old story to read...the history of a bizarre old murder and an even more mysterious pack of dogs.