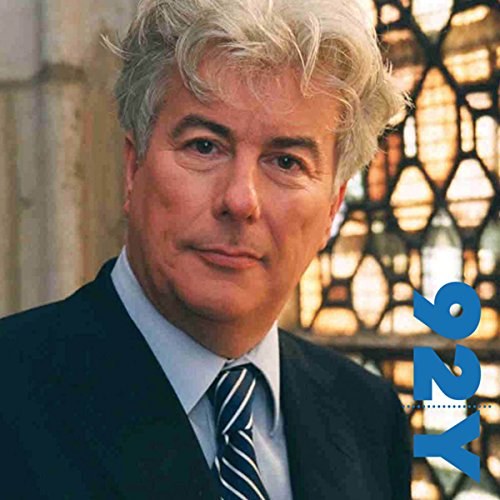 Among the most eponymous authors of the thriller genre, Ken Follett started off humbly enough: He began writing, he says, so he could raise money to fix his car. A steward of suspense since his 1978 breakthrough, Eye of the Needle, Follett here offers a clinical dissection of the thriller genre. A successful thriller, notes Follett, produces fear and anxiety - emotions that demand resolution, and thereby maintain audiences’ interest. The best-selling author explores the history of the genre, pointing to Erskine Childers’ little-known 1903 work, The Riddle of the Sands, as the progenitor of the modern suspense story. Follett traces women’s shifting role in suspense fiction, examining how a genre originally geared toward men has evolved to include female heroes and villains, authors and audiences.

What listeners say about Ken Follet

Ken Follet gives an entertaining history of the thriller, full of sage and funny comments.

Unfortunately, we can't see his slides or hear the questions at the end. I don't know what the producers could have done with that.

However, for fans of thrillers or Ken Follet or both, it's worth listening!

Great Background for any thriller lover

What made the experience of listening to Ken Follett the most enjoyable?

I didn't know what to expect with this audio, but it was Ken Follett and I thought it might be interesting. It was great! Most of the books he mentioned I had already read, but the ones I hadn't I noted down, and got them on Audible.com! His speaking style is very entertaining and the discussion was very interesting.

Yes, this is something you want to listen to in one sitting; however, I listened on my commute to work, so it took me a couple of days.

Use as a preamble to Pillars of the Earth

It was great to prepare one for listening to Pillars of the Earth which is one of the best listeNS I've had on Audible. It gives great insight on how and why this author writes. Comparable to Stephen Kings book On Writing.

Another in the highly entertaining 92Y series, this features popular novelist Follett discussing the essential ingredients of a "thriller". Plainly, Follett is very well read and researched and his part-time lecturing comes in handy, here. He is easy to listen to, has an interesting thesis and responds well to questions from the audience.
This is another worthwhile listen in this usually very consistent series and won't eat into much more than a lunch hour (if such things still exist).

This short lecture portray some of the key moments of the history of the thriller/suspense. It is an informative and pleasurable listening.