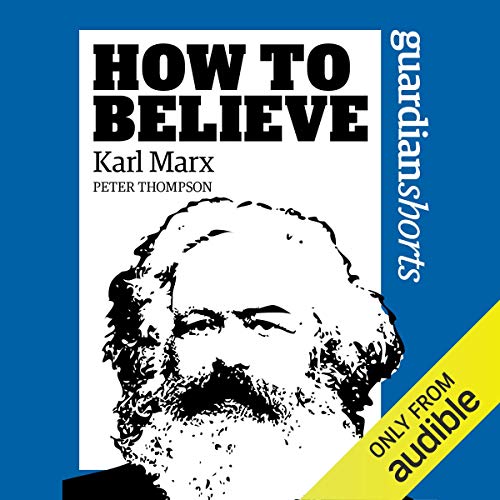 Karl Marx was one of the most profoundly influential thinkers of the 19th century. His ideas and theories exerted an almost unrivalled influence on 20th-century politics and history. Peter Thompson’s superb ebook tackles eight core questions, looking at Marx’s thoughts on religion, power and modernity - and how Marxism developed such a hold on socialist ideology.

The How to Believe series of books explores the teachings, philosophies, and beliefs of major thinkers and religious texts. In a short, easy-to-access format, leading writers present new understandings of these perennially important ideas.

What listeners say about Karl Marx

Well put, short and to the point.
I wanted to know enough about Marx.
But not wanting to spend hours on the subject.
Thanks

Since Marx isn't around to defend himself against the dismal facts of history regarding his legacy, this dude takes up the banner and waves his little heart out. He takes every settled conclusion and asserts that, actually, it could be said, that the opposite is true.

This is a helpful exercise in exploring the psyche of a committed Marxist, but it is as painfully mind numbing as it sounds.

has enough to wet one's appetite for learning about Marx. very good primer that gives you both sides.