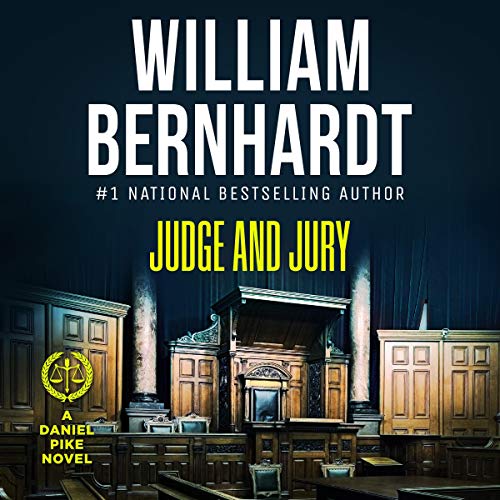 This time, Dan’s putting everything on the line. Will his dangerous scheme reveal a killer…or cause a fatal injustice?

Defense lawyer Daniel Pike believes he’s closer than ever to proving his late father was no murderer. But with key witnesses snuffed out and his archnemesis pulling all the strings to ensure no one talks, his frustration is about to boil over. His only remaining option is a high-stakes gamble to force the arrogant powerbroker onto the witness stand.

Risking the wrath of a ruthless cartel, Pike relentlessly pursues the evidence he desperately needs. But as he uncovers his own family’s shocking history and navigates a blossoming romance, the determined attorney finds himself back in the courtroom on the losing end of the biggest case of his life with many lives hanging in the balance - because someone has become judge, jury...and executioner.

Will Pike’s pursuit of justice destroy him when he learns the tragic truth?

Judge and Jury is the sensational fifth novel in the Daniel Pike Legal Thriller Series. If you like David-versus-Goliath stories, stunning twists and turns, and genius court moves, then you’ll love William Bernhardt’s gripping fight.

Buy Judge and Jury and uncover the truth today!

What listeners say about Judge and Jury

I have read William Bernhardt for years.
Unfortunately the more recent novels have become very trite. Too much dialogue-
too little plot.
And the narration is awful.
Disappointed!