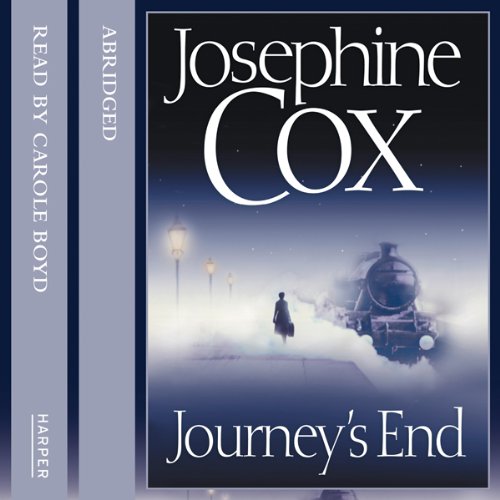 By: Josephine Cox
Narrated by: Carole Boyd
Try for £0.00

As Barney Davidson watched the liner sail away with his beloved family on board, bound for America, he stood a devastated and broken man. His dream was over, but theirs was just beginning.

They must never know what he had suffered to give them this opportunity, he thought. But he had no regrets, except for the anguish he had caused them in their innocence.

Now many years later, Barney is gone. Lucy Baker, now old and in ill health herself, knows the truth about what happened. She carries a terrible burden. She promised Barney she would never reveal his secret. But is it a promise she can keep?

"Cox's talent as a storyteller never lets you escape [her] spell." ( Daily Mail)

What listeners say about Journey's End