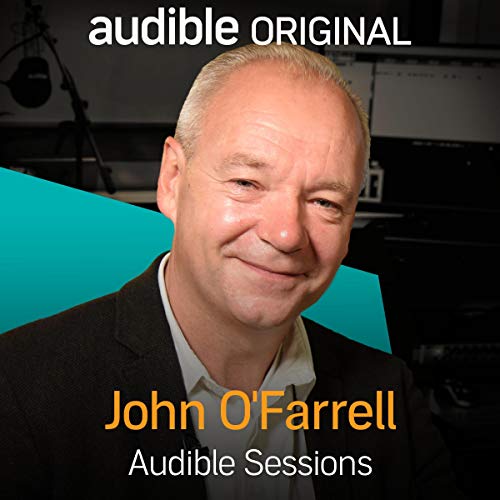 Visiting the Audible Studios for the first time is comedic writer and author John O'Farrell, who's here to discuss his latest title, Things Can Only Get Worse? - the much anticipated sequel to Things Can Only Get Better, a witty memoir of his 18 years as a Labour activist.

Born in Maidenhead in 1962, O'Farrell has gone from the West End to satirising politicians and from standing for election to comedic scriptwriting. With an illustrious career behind him writing for shows such as Have I Got News for You, Room 101 and Spitting Image, O'Farrell as an author has sold over a million books in the UK alone, and his novels have been translated into over 25 languages - as well as being adapted for radio and television (including a Japanese manga edition of The Best a Man Can Get).

As well as being the founder of the UK's first daily news satire website, NewsBiscuit, and cowriting the Broadway musical Something Rotten, O'Farrell spent many years as a Labour activist, running for parliament twice, first in 2001 (Maidenhead) and again in 2013 (Eastleigh).

Talented across all spheres, O'Farrell talks to us about the message behind Things Can Only Get Worse?, his love for writing and whether we'll ever spot him on another campaign trail.

What listeners say about John O'Farrell