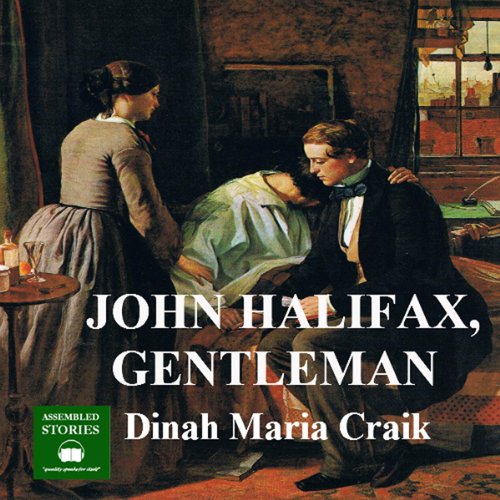 By: Dinah Craik
Narrated by: Peter Joyce
Try for £0.00

This is Volume Five of the greatest romantic narrative novel of the early 19th century. John Halifax, Gentleman, tells the story of an orphan boy whose first words in the story are “Sir, I want work; may I earn a penny?” By hard work, diligent study and an unshakeable faith in his God John attains wealth and happiness, despite much hardship and heartbreak throughout his life. The story chronicles the class movement of the time and gives us a remarkable description of social, political, and industrial change.

Set in Gloucestershire in the heart of England and told by Phineas, his soul mate and lifelong friend, who observes John through all his glorious moments, self-doubt and resolution, the story is simple, uplifting and heroic. It is a detailed study of a man and his family that also presents the listener with a broad view of Britain during one of its most troubled times.

A genuine classic, most entertaining and certainly a tale which lives up to the appellation epic in its conception and delivery, John Halifax, Gentleman was first published in 1856. Due to popular demand, it has never been out of print. This is the first unabridged recording of Dinah Craik’s masterpiece.

“This tremendous family story is set in a period of stormy social change from the 1770s to the 1830s.In his journey from penniless orphan to mill owning philanthropist, John is driven by duty, his love of God and humanity. The effects of war and bad harvests on the rural poor and corruption of parliamentary rotten boroughs [in one of which Halifax refuses to stand] are a small part of the wide ranging backdrop. Every hour is hugely rewarding-and what an accomplished reading. It conveys every nuance of emotion, making the listener feel richer for having lived through so much.” (Observer)
"Peter Joyce is the most remarkable one-man band in audiobook publishing. Joyce, an experienced actor, reads them all himself." (The Independent)
"Here’s such a neglected Victorian classic, a huge bestseller in its day, ready to be rediscovered through Joyce’s excellent reading." (Publishing News)