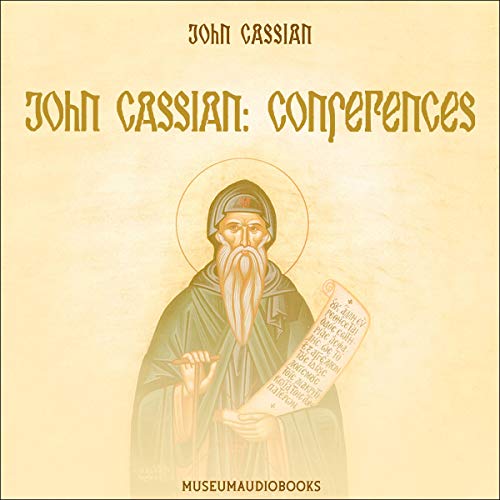 By: John Cassian
Narrated by: Andrea Giordani
Try for £0.00

John Cassian (c. AD 360 - c. 435), also known as John the Ascetic and John Cassian the Roman, was a Christian theologian celebrated for his mystical writings. Cassian is famous for his role in bringing the beliefs and practices of Christian monasticism to the early medieval West.

The Conferences summarizes important conversations that Cassian had with elders from the monastery at Scetis (Wadi en Natrun in the western Nile delta) about spiritual and ascetic principles. Cassian shares the wisdom and insights of the venerable abbots Abraham, Chaeremon, Moses, Paphnutios, Serapion, Daniel, Theodor, Serenus, and Piamon, among others. The topics of these conversations ranged from divine gifts, perfection, prayer, and promises to mortification, lust, penitence, friendship, and renunciation.

Christian Spirituality at its Finest

After reading and journaling through Cassian's writings for a theology class in seminary, I fell in love with the desert fathers and was glad to find Cassian's Conferences in an audio version. Cassian can be difficult to digest at points, but his writings have SIGNIFICANTLY changed my life over the past year and I strongly recommend them to anyone with a patient ear and desire for closeness with God through Christ.