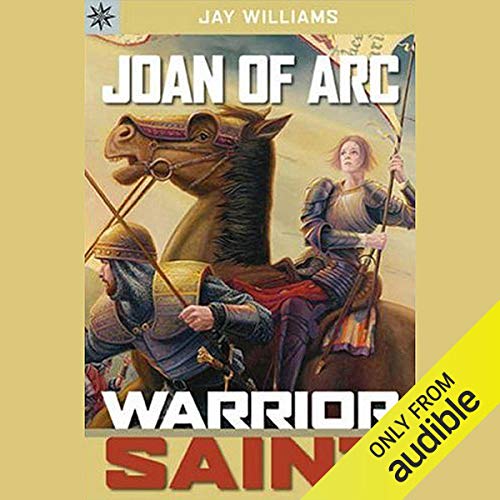 By: Jay Williams
Narrated by: Jessica Almasy
Try for £0.00

Could any story be more inspiring than that of Joan of Arc, the courageous maiden who fought for the glory of France and God? Guided by what she firmly believed were visions of saints, this young Frenchwoman - still just 16 years old - led her people in battle against the British occupiers. Though she proved victorious in war, Joan ultimately became a martyr when some of her own countrymen betrayed her to the English.

Jay Williams captures all the tragedy and pathos of the fearless country girl who was finally recognized as a saint herself.

What listeners say about Joan of Arc

Well done to both author and narrator

This book was well organized and gave a clear "beginner's" picture of the famed Joan of Arc. The narrator was my favorite audible narrator I have heard. Her voice pleasant, clear and engaging. While the story and information could hold up on its own, the narrator made it even more intriguing. The story moves along quickly without glossing over important detail. I really like how the author took special care to draw attention to points of interest that would appear later in the book. For young readers, this will be a huge help in reading comprehension. Well done!

Would you listen to Sterling Point Books again? Why?

Yes! This book was great

What other book might you compare Sterling Point Books to and why?

I do not believe any other publication would compare

She was a great narrator

this book is very interesting . it tells the story of joan of arch without being boring. i throughly enjoyed this book.