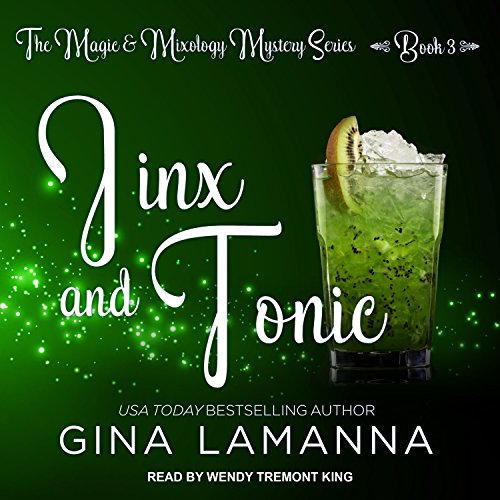 The time has finally arrived! The Trials are in full swing and celebratory parties fill the Isle as Candidates go head-to-head to prove themselves worthy of the coveted Ranger title. Drinks, dances, and masquerade balls set the stage for a glamorous series of events until suddenly, it all changes.

The most dangerous criminal on the island escapes from prison. Tragedy strikes. The Isle is thrown into chaos due to old, forbidden black magic, and only one person can help.

As the island's Mixologist, Lily is expected to step in and save the day. When she's forced to keep secrets from X while deciphering decades-old clues, however, she's pushed to the edges of her sanity.

With the help of her family, the Core, and her new boyfriend, X, Lily must stop the Puppeteer from taking over the island before it's too late.

Because if she doesn't succeed, nobody will.

Slow, somewhat erratic start but came together with near nailbiting intensity towards the end. can't wait for the next book in the series.

TRANSPORTED ME TO A MAGICAL ISLAND

This is the third book in the Magic and Mixology series. They do need to be read in the order of release.

I love this series a little more with every hour that I listen. Though Lily (and her relationship with Ranger X) is the center, there is so much more, and that “more” is what makes it fabulous. Each character, scene, and spell is woven into a tale that transported me from grey skies to an enchanting, bewitching, magical island… and I never wanted to leave.

I love the way that the characters have grown in their roles, especially Lily. Her family is amazing, supportive, and loving, especially her badass grandmother, Hettie.

If someone were to ask me to recommend one series to start listening to on Audible, this is the one that I would suggest.

I am a bit of a romantic and am liking the fact that Lilly and Ranger X are in a relationship. Lilly is slowly realizing her powers and her background and some of it can be problematic. It is a good thing that Ranger X is there to help guide her in the witch part of her life since in this book some of his not so good side comes out.

I am totally enjoying the whole series. It is great listening to it while I am driving on the freeway to and from work.

the narrator is fantastic! the story line is fun, with enough unexpected twists to keep it interesting and clever.

This series is fun and enjoyable. The narration is smooth and allows you to imagine the people and places.
A great listen.

Love this series and this book. There are twists and turns with a surprise endings. The narrator is fantastic.

I’ve thoroughly enjoyed this series so far and I’m anxiously waiting for the next to be released.

this series have really grown on me. i listen to alot of books and I can say this one is really well done. love the twist turns and charactors.

Great story I bought this and the other two books to listen to on my commute to work.. All 3 have been AMAZING audiobooks!! Hoping there is a 4th, and a 5th, an a 6th!!!