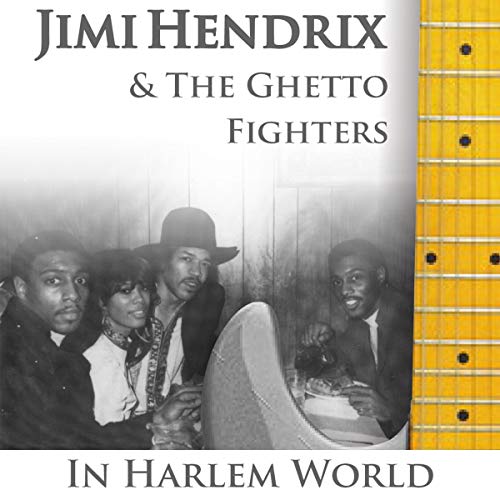 Jimi Hendrix & the Ghetto Fighters in Harlem World is the story of The Aleem Twins, who rose from the streets of Harlem to influence virtually every musical genre of their generation, and whose mysterious connection to Jimi Hendrix, one of 20th-century's most important musicians, has launched hundreds of folk tales.

This audiobook is mandatory listening for the planet's countless Hendrix aficionados.

What listeners say about Jimi Hendrix & The Ghettofighters

Should be called The Ghettofighters and Jimi!

Although I thought the story and narrative style of the book was very interesting, I am disappointed that the book did not feature more about the main man in the title, Jimi Hendrix! This book needs to be renamed The Ghettofighters and Jimi Hendrix to erase any misleading information about who is the real focus of this book. It was the twins not Jimi.
What is my beef with this is that Jimi is not brought up until much later in the book. What a shame this had to be sold with Jimi's name in order to get any play on audible.
I do feel a bit of a victim in another ghetto heist!
I would have enjoyed this book if I knew it was just a story about the twins' lives with a little sprinkle of Voodo Chile for spice!

A fascinating report that spans decades of Harlem World

Don’t miss this account of these historians of Harlem, who let you in on the REAL LOWDOWN.RIP Lithofayne Pridgett, she was the creme de la creme of ladies . The twins let you know who was running things, and all the perverse pleasures that your favorite entertainers were up to,and with whom !